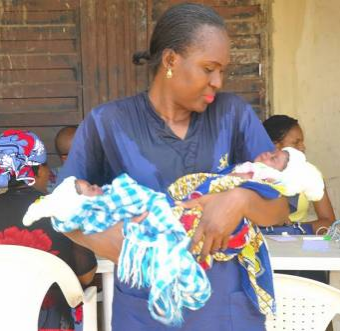 A new village has just been discovered in Abuja where the killing of twins is still being carried out, despite its abolishment decades ago.

Twin babies in the village of Kaida in Gwagwalada, on the outskirts of Abuja, are regarded as evil, and so they are killed by hanging once they are born. This evil practice was exposed by Nkwasi Obim Nebo, a maternal health advocate and humanitarian worker who led a team of Peach Aid Medical Initiative medical doctors to the village.

Nkwasi and her team arrived in Kaida one day before a set of twins were to be killed. When they got into Kaida the mother of a set of twins walked up to Nkwasi seeking help. 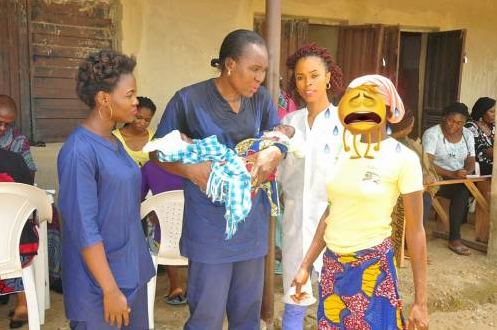 “Abuja village where twins are killed by hanging, ‘because they are evil’

As soon as we arrived the community, this woman immediately handed us her newly-born twin babies, asking us to take them away; they were only 2days old.

I asked her why she was giving up on her kids, she replied and said they will be killed in few days from today if still with her. She heard we were coming and came out just to give us the babies!

This is her 4th pregnancy, and her 4th set of twins also! Oh yes! You heard me right! Twins are considered as evil in this community since time immemorial, and are killed (hanged) on the third day after delivery.”

In an earlier post, the Peach Aid CEO had narrated how the Initiative, comprising medical doctors from Garki Hospital, Abuja, and other medical personnel, distributed contraceptives to the villagers.

“During our health intervention at Kaida Village, Gwagwalada, FCT, we made sure every woman got their choice of contraceptives which will last for 5years, and that the men present also got condoms as many as they wanted.

We distributed clean delivery kits to prevent infection and bleeding at child birth; we checked their sugar level, and their blood pressure; we administered Vitamin A supplements for all the children between the age of six months to five years.”