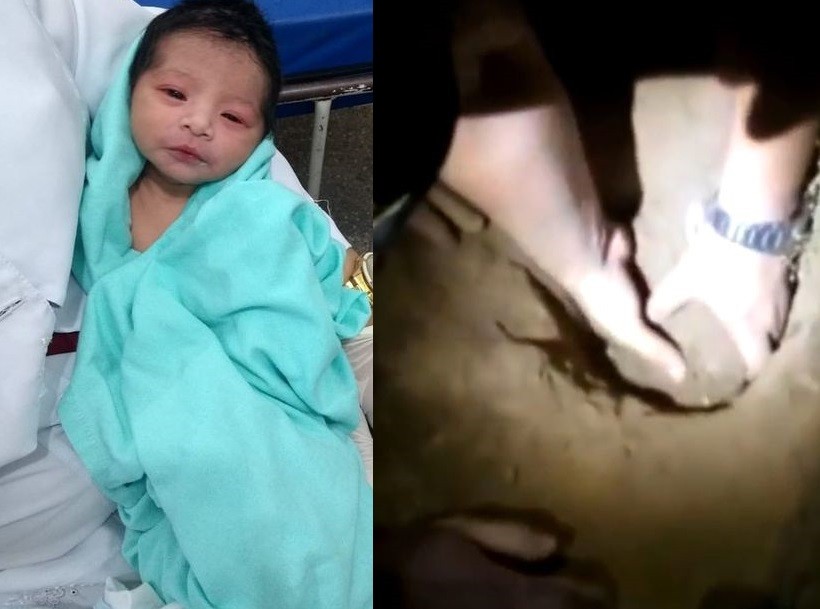 The miraculous story of a newborn baby girl who was wrongly thought to have died at birth but was dug out of a shallow grave after being buried alive for eight hours in Brazil has gone viral.

According to report, the infant was born around midday to a 15-year-old Brazilian indigenous Indian girl. The young mother said she was alone in the bathroom when her contractions started.

According to her, the little girl arrived quickly and fell onto the bathroom floor hitting her head and suffering two cranial fractures. 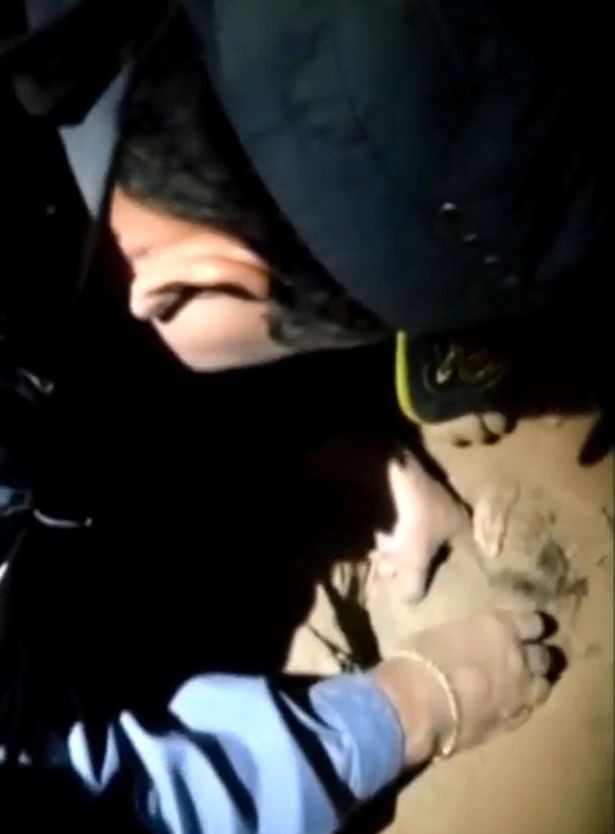 After the baby failed to cry after being born, the 57-year-old great grandmother allegedly told police she believed the baby was dead. She claimed she followed indigenous Indian tribal customs and wrapped the girl in a cloth and buried her in the backyard after her great-granddaughter ‘showed no signs of life’

According to police, the family admitted failing to report the baby’s death but ‘believed they were following traditional customs’ so did not hesitate to point out where the unmarked grave was.

Incredible footage shows two police officers on Tuesday night kneeling over a hole to bring out the baby girl out of the shallow grave after being buried alive for eight hours.

The tot was rushed to hospital with paramedics clearing her airways and administering oxygen in the ambulance.

According to Mirror UK, Doctors transferred her to intensive care following tests and scans and said the resilient child is making good progress despite her traumatic start to life.

Baby thought to have died at birth survives being buried alive for 8 hours . . A newborn baby has been miraculously dug out of a shallow grave after being buried alive for 8 hours in Canarana, Brazil. . . The tot was born around midday to a 15-year-old girl. She claimed she was alone at home and her daughter arrived quickly and fell onto the bathroom floor hitting her head. . . When the baby failed to cry after being born, her 57-year-old great grandmother, Kutz Amin, said she believed she was dead and followed tribal customs by wrapping her in a cloth and buried her in the back yard. . . After being dug out by the cops, the tot was rushed to the Agua Boa Regional Hospital with paramedics clearing her airways and administering oxygen in the ambulance. . . Doctors transferred her to intensive care following tests and scans and said the resilient child is making good progress despite her traumatic start to life. . . Officers were alerted to the incident after receiving an anonymous tip off that the death of the newborn had not been reported to the relevant authorities. . . Investigators revealed they arrested the great-grandmother on charges of attempted murder.