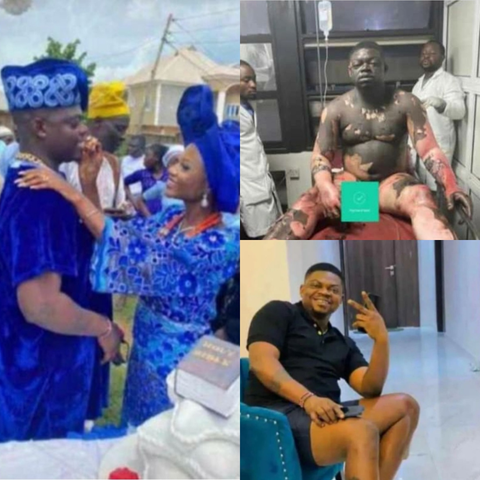 A newlywed has killed her husband by setting him ablaze, then she committed suicide.

The woman, known simply as Ife, suspected her husband Bolu of cheating so she left an angry note on her WhatsApp stories, saying that her man has “pushed her to the edge” and promised that people will weep over both of them before daybreak.

Bolu, who lives in Cairo but was visiting Nigeria, was set ablaze in his home, burning him and destroying his properties. He was rushed to the hospital while the suspect reportedly committed suicide after initially being on the run.