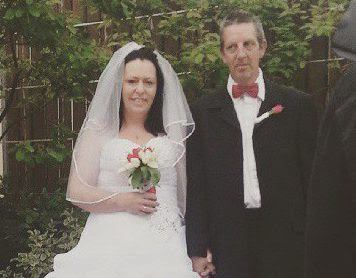 Newlywed  grandma, Jane Gaskin, who thought her new husband David Huggins was seeing another woman, was sickened to discover that he had actually been looking at indecent pictures of kids. The disgusted wife who made this discovery just weeks after their dream wedding, says she wishes David, 48, had been cheating with another woman, because the sickening truth was so much worse.
After Jane found out that her husband was a pervert, she threw him out of their home and reported him to the police.
Lorry driver David was arrested but despite calling police and kicking him out, the pair are still married because Jane can’t afford to get a divorce after spending all her savings on her big day.

Jane who was hoping to find love again after her previous husband tragically died from a lung condition, says she does not regret her decision to report him to police and wants to tell her story to name and shame him and encourage others in her distressing position to do the same. 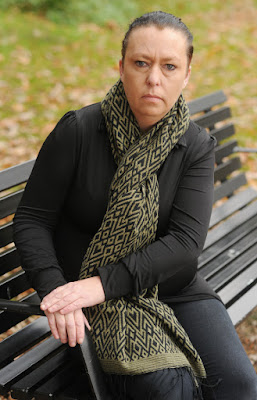 “I had absolutely no idea. When he lost interest in sex and became secretive around his phone I became suspicious that he had another woman,I checked his phone expecting to find evidence he was seeing someone, but what I saw was far worse.”

“To think I married a man as sick as him has destroyed me but it’s the poor children that I really feel for,” They are the true victims, said Jane, who was unable to get the marriage annulled.

I want to share my story to warn other women and encourage people to report sick men like David. It broke me but it was the right thing to do because men like him need to be stopped.”

David later admitted four counts of making indecent photographs of children and was given an eight-month suspended sentence and ordered to sign the sex offenders’ register for the next 10 years.