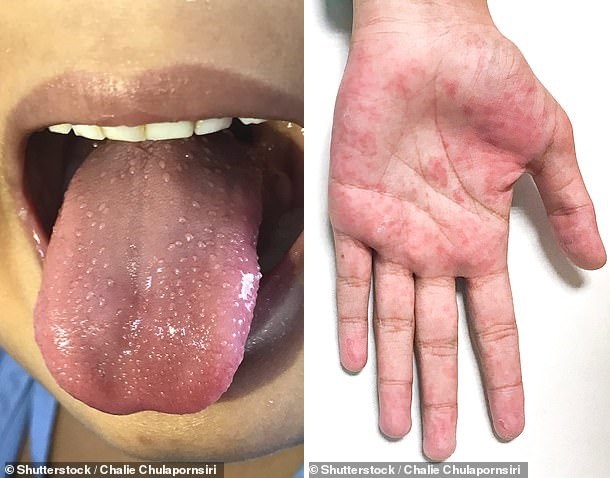 The National Health Service (NHS) has been issued an urgent alert about a spike in the number of children being admitted to intensive care with a Coronavirus-related condition.

In an alert sent to GPs, health chiefs said: ‘There is growing concern that a [COVID-19] related inflammatory syndrome is emerging in children in the UK.

‘Over the last three weeks, there has been an apparent rise in the number of children of all ages presenting with a multi-system inflammatory state requiring intensive care across London and also in other regions of the UK.’

According to NHS doctors, the children who are seen with the [COVID-19] related inflammatory syndrome are commonly suffering from stomach pain and ‘gastrointestinal symptoms’ – which could include vomiting and diarrhoea.

The doctors said they have compared the mysterious condition to toxic shock syndrome and Kawasaki disease which can cause redness of the tongue and rashes, but it is unclear whether this illness is having those effects.

But some of the children presenting with the illness have tested negative for the Coronavirus, further complicating the diagnosis,  the Health Service Journal reported.

The memo, which was sent out by an NHS trust in London and tweeted by the Paediatric Intensive Care Society, said: ‘The cases have in common overlapping features of toxic shock syndrome and atypical Kawasaki disease with blood parameters consistent with severe COVID-19 in children.’

The alert told GPs to refer children with symptoms including abdominal pain as a ‘matter of urgency’.

According to the NHS memo, cases of this inflammatory syndrome have only started to appear in the past three weeks – this may be because it is slow to develop or so rare that it has only become noticeable in the peak of the UK’s epidemic, when around a million people are believed to have been infected in London alone.

A paediatrician at St Mary’s Hospital in the capital, Dr Elizabeth Whittaker, said on Twitter that medics in other countries had reported the same illness.

Dr. Whittaker said: ‘Our Italian and Spanish colleagues also report it. Numbers are small but significant. We want primary care /A&E to be vigilant so those affected are in the right place to get appropriate supportive care if needed.’

Only nine people under the age of 19 have died in England from Coronavirus, out of a total of 18,420 reported by yesterday, April 26.