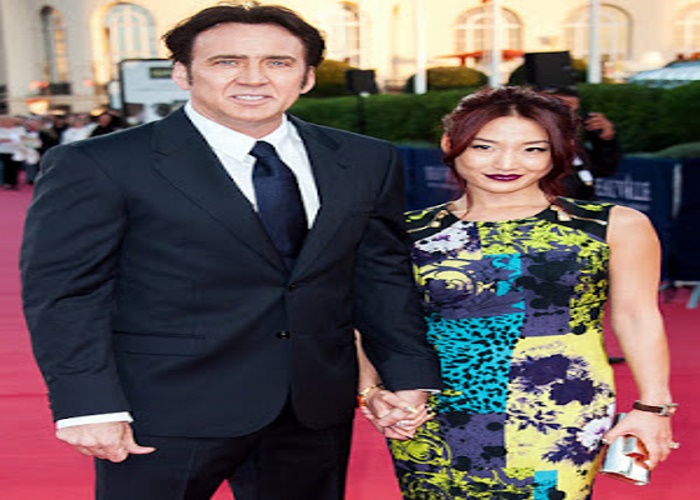 Hollywood actor Nicolas Cage, 52 and his wife of almost 12 years, Alice Kim, 32 are separated. Nicholas Cage’s rep confirmed to PEOPLE magazine that the couple have been separated since January. The couple have a 10 year old son together named Kal-el Coppola Cage.
Cage met Kim in February 2004 when she served him while working as a waitress in a Los Angeles restaurant. They got engaged two months after they met and got married soon after on a ranch in Northern California.

This is Cage’s third marriage.