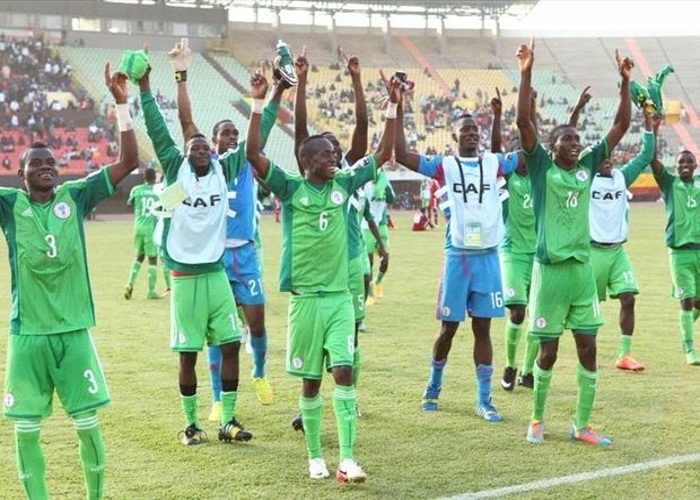 Coach Manu Garba’s side will slug it out with the hosts for their seventh trophy in Sunday’s African U20 Championship final. Nigeria U20 team will face hosts Senegal in the final of the 2015 African Youth Championship billed for the Stade Léopold Sédar Senghor, Dakar on Sunday.

A brace from Moussa Kone got Les Lionceaux past the Eaglets whose consolatory strike was gotten by Alassane Diallo.

Manu Garba’s side had defeated the hosts 3-1 in the competition’s opening game with Taiwo Awoniyi netting a double. Ghana will face Mali in the third place match billed for the same Stadium.

It was the first time a Senegalese team had reached the final of a major continental championship since 2002 Africa Cup of Nations in Mali, where the Teranga Lions lost to Cameroon on penalties.