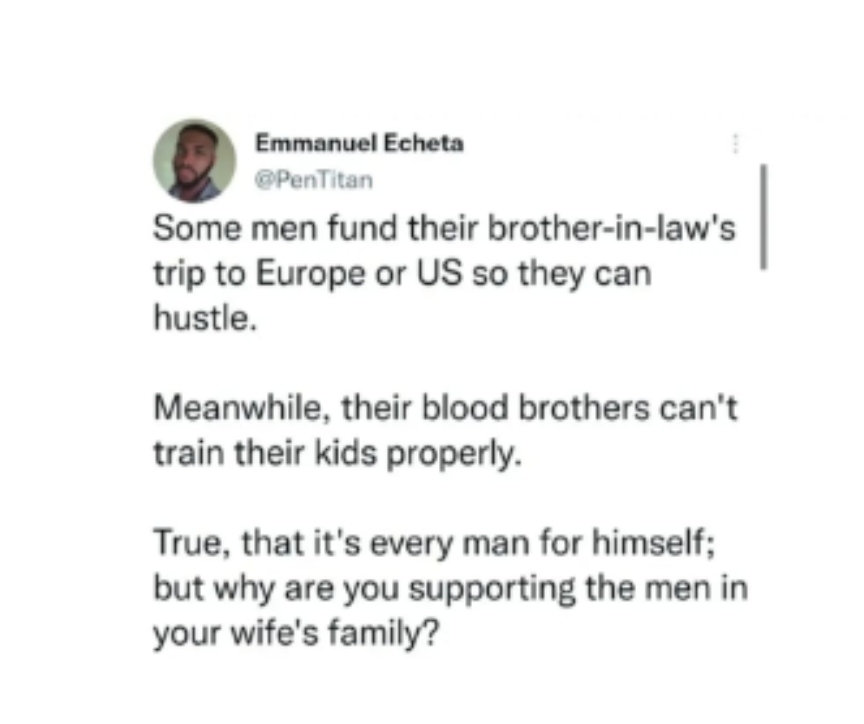 A Nigerian man has queried the actions of some married men who give financial support to their brother-inlaws but do not do same for their blood brothers.

”Some men fund their brother-in-law’s trip to Europe or US so they can hustle. Meanwhile, their blood brothers can’t train their kids properly. True, that it’s every man for himself; but why are you supporting the men in your wife’s family? A man in my community built his country house in his wife’s place, while he doesn’t have one in his place. These are the issues, and you begin to believe jazz was involved. But maybe some men are just so silly when they love. And I can see such men here.”