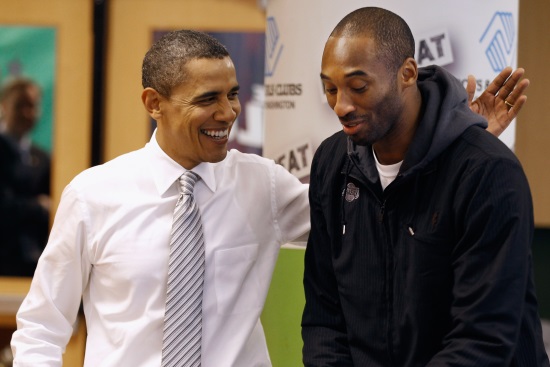 As basketball legend Kobe Bryant and 13-year-old daughter Gianna Bryant were confirmed among the casualties in the Calabasas, California, helicopter crash that claimed nine lives, Obama mourned Kobe Bryant and his daughter with a touching tweet honoring Bryant’s surviving family.

“Kobe was a legend on the court and just getting started in what would have been just as meaningful a second act. To lose Gianna is even more heartbreaking to us as parents. Michelle and I send love and prayers to Vanessa and the entire Bryant family on an unthinkable day,” he wrote on Sunday.

Obama was just one of the many celebrities and public figures to share their condolences to the family and express their despair over the heartbreaking loss. Fellow basketball legends Shaquille O’Neal and Earvin Magic Johnson, as well as Dwayne Johnson, also tweeted out messages in response to the loss of Bryant, his daughter, and the other passengers on the helicopter.

Bryant and Obama have a history of mutual respect, with the basketball legend openly reflecting on the work done during the Obama administration. Speaking with Ben Strauss of Politico in 2017, Bryant said that Obama “gave athletes a voice,” and that that was what he missed most about the POTUS.

“… he did help athletes progress beyond just asking questions or just being angry, and asking why something is the way it is,” Bryant told Politico. “Like what’s the constitutional reason behind something and what can be changed. He made locker rooms more politically aware. Conversations changed. Obviously, now with the violence we’re seeing across the country, that’s something athletes are understanding more and more. He was rare. We all miss him to a certain extent.”