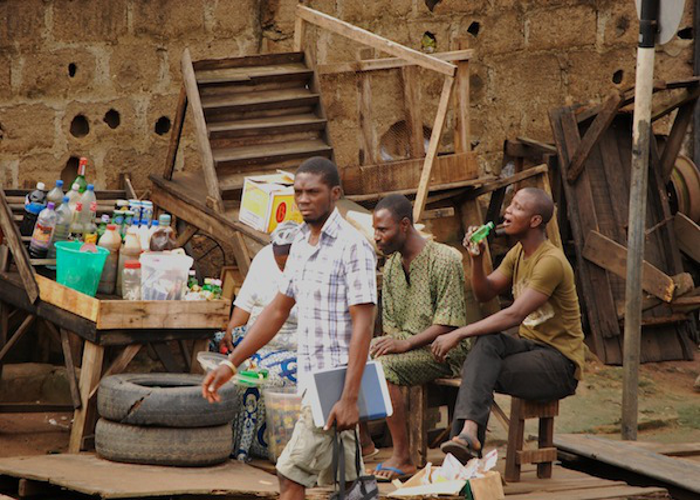 Festus Eugene Ogun, a 100 level law student of the Olabisi Onabanjo University, Ogun State has added his voice to the conversation about “Ogogoro” ban in Nigeria.

Read his interesting piece below:

The rate at which people die of ogogoro, the local gin, is getting out of hand. Over 50 deaths of Nigerian citizens have been recorded over the guzzling of ogogoro. To the dead, RIP, to those that are fond of drinking it like water, it’s high time you put a stop to it. The issue of ‘OGOGORO- death’ has not just started today nor yesterday, many unreported cases have been in place over the years. But now that we have good number of people that have lost their lives, we have to tell them to repent, lest, they’ll still continue to die.

85 percent of those drinking ogogoro are the male folks. They take it the same way they take their normal daily food; three square meal. They drink it in the morning, evening and night. Some of these men are irresponsible to their family affairs at home. Some of them are irresponsible at their place of work. Amidst“serious” people, they talk rubbish. They drink off their senses in the name of‘enjoyment’ instead of them sitting down at home and planing for a good family life ,they spend most of their time in “beer parlours”, “iya junction shop” and all other “junk shops”.

We have some too that drink theirs at home secretly. They constitute nuisance around the street. Some even drink to stupor. They use their “last kobo’ in consuming good “cups” of this “dreadful ogogoro” at the detriment of their personal well-being.

Inspite of the fact that they are aware of the evils and disadvantage of the gin, they still persist to drink it. They are stubborn, recalcitrant, disobedient and tenacious to drinking “ogogoro”. They are not ready to heed to correction and advice. Illiteracy truly is a disease can be cured only by supernatural intervention or education. It’s illiteracy that makes someone to consume something that kills him after having full knowledge about it. This however doesn’t mean educated once aren’t guzzling too, they ‘educated-illiterates’ . Perharps because they are addicts.

Prevention, they say, is better than cure and I think there is no medicine after death. Even if you’re an addict of ogogoro you have to stop it willy- nilly. This is the time you have to metamorphose from a drunkard to a teetotaler; ‘ogogoro’kills faster than ebola”and hiv/aids. The rate at which “ogogoro- spirited” ones die is just getting uncontrolled and sky rocketing. The time to stop “ogogoro” is now and not tomorrow. For those who are enjoying ‘ogogoro’ in one corner while reading this piece, drop it now, life is dear.

Kudos to the government! But, to make law is easy, to enforce the law, legally, is another challenge. Enforcing the law is a great problem that we are facing in this country. For the law to be effective, the law enforcement agencies should show the right attitude to work. Also, the sellers of the gin should be banned for selling such gin. If the “iya junctions” are banned from selling it, their will be reduction in those that’ll die of ogogoro.

This advice is not binding on the “ogogoro drunkard” alone but also to those who do not drink it as often as the “drunkards” . In the traditional African setting, ogogoro is having its own significance and usefulness. It’s used in traditional marriage, house warming, naming ceremony, etc. Some even use it in preparing or preserving locally herb or concoction; ‘agbo-jedi’. Our culture is our culture, that’s very sure, but I’ll advice us to substitute “ogogoro” with Seaman Schnapps, 7up or Sprite. I think these will still serve the different purposes “ogogoro” serves, if not perfectly, it will at least be manageable.

Our health is very paramount to our living. Let’s try to be law abiding and not be recelatrant. Life is dear; OGOGORO KILLS!!!