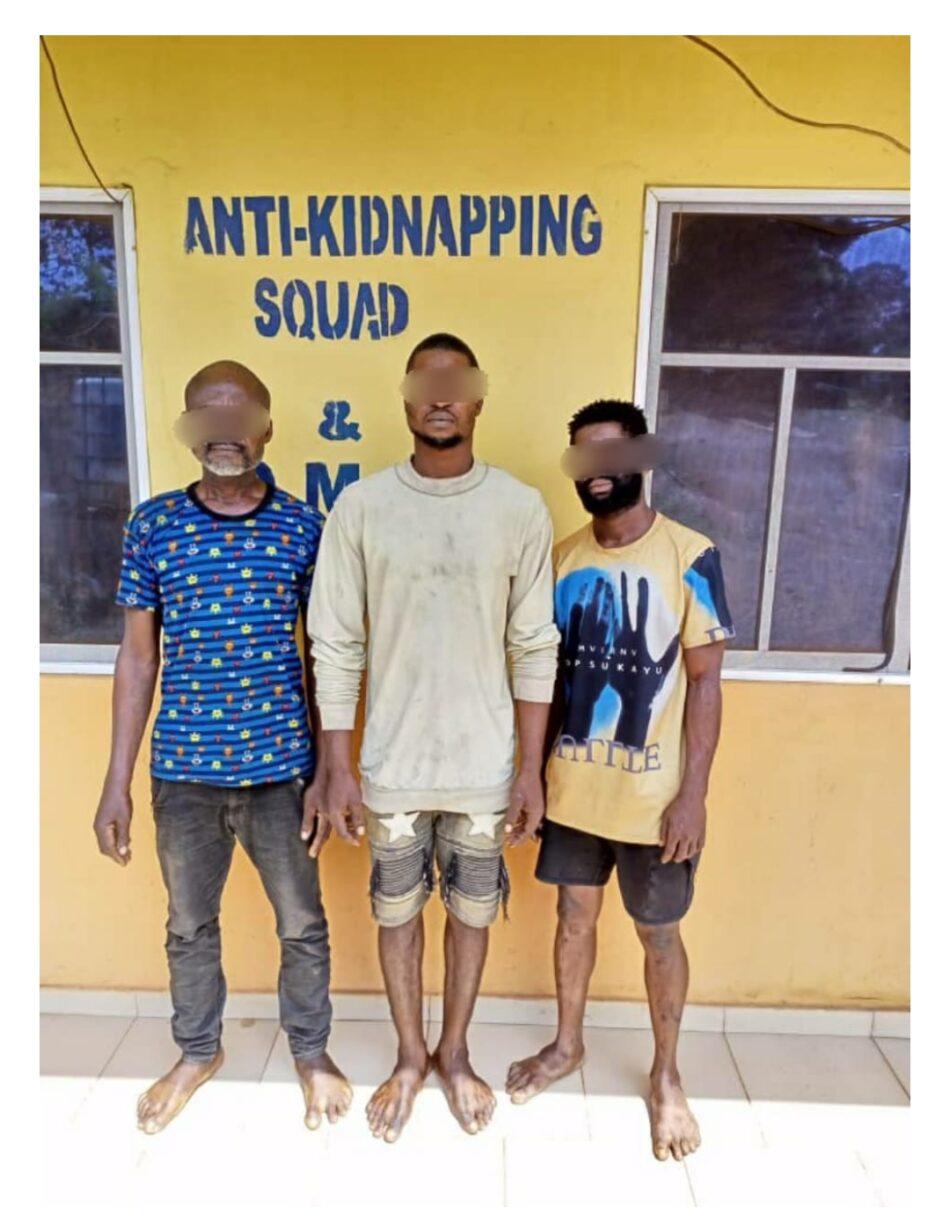 Men of the Ogun State Police Command have arrested three men for allegedly attempting to kidnap their former employer in Ijebu ode area of Ogun state.

The three suspects, Peter Nse 24 years, Chuckwuma Nwobodo 48 years and Michael Umanah 30 years, were arrested following a complaint lodged at Igbeba divisional headquarters by one Ifenuga Olayinka, who reported that he received a text message on his phone from someone who described himself as a “Killer Vagabond of Africa”.

”In the said message, the author directed the complainant to pay the sum of #5 million into a bank account he sent to him or risk being kidnapped within the shortest possible time.

Upon the report, the DPO Igbeba division, CSP Musiliu Doga detailed his detectives to unravel those behind the devilish message.

The detectives there and then embarked on technical and intelligence based investigation which led them to Anambra state where two of the suspects namely Peter Nse and Chuckwuma Nwobodo were arrested.”he said

Oyeyemi said their arrest led the detectives to Ago Iwoye where the third suspect Michael Umanah was apprehended.

”It was when they were brought before the complainant that he identified them as his former employees whom he laid off not quite long ago for certain misconduct.

On interrogation, they all confessed to the commission of the crime and claimed to have made the attempt just because they were not happy as the complainant terminated their appointment.” he said