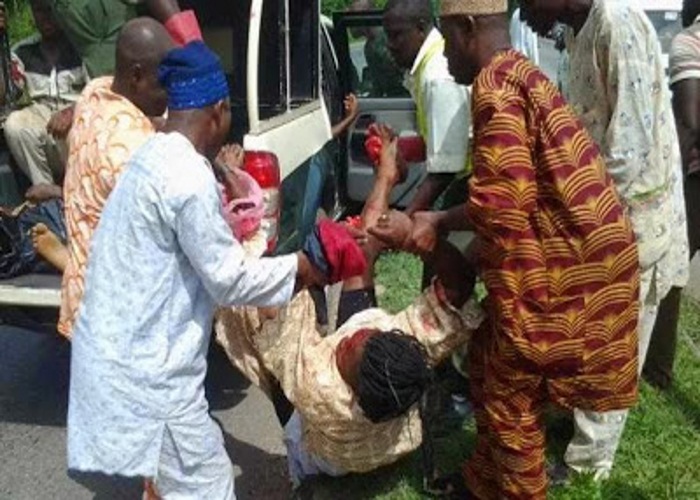 The Speaker of the Ogun State House of Assembly, Suraj Adekunbi, has claimed that he was not in any vehicle in his convoy when it drove past an accident scene without offering assistance.

Three people died on Saturday at Onipepeye Village along Siun-Owode road, Obafemi-Owode Local Government Area, in the accident that involved two commercial vehicles. PREMIUM TIMES reported how Mr. Adekunbi’s convoy passed the scene of the accident, while rescue efforts were on residents of the area, without offering any help. The Speaker was also sighted in one of the vehicles in the convoy by their correspondent and other observers at the scene.

The lawmaker, however, claimed he was not in any of the vehicles.

Mr. Adekunbi, however, admitted driving by the scene of the accident.

“As at the time I passed through the scene with my colleagues which include Honourable Tola Banjo, the Deputy Speaker, and Honourable Olayiwola Ojodu, we did not observe any accident. I was in Lagos when I heard of the accident,” he said, while explaining that he did not answer calls to his phone on Saturday because he did not know the identity of the caller.

The speaker said he sympathised with the victims of the accident and prayed for the repose of the souls of the departed.