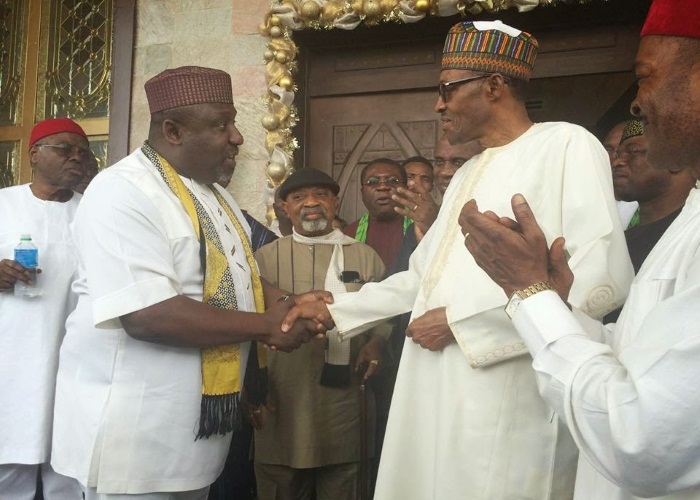 Imo State Governor Owelle Rochas Okorocha, has said the All Progressives Congress, APC, presidential candidate, Major-General Muhammadu Buhari (retd) is the Nelson Mandela of our time and urged Nigerians to vote for him, Vanguard reports.

Speaking to Imo State indigenes at a reception for him at Teslim Balogun Stadium, Lagos, Okorocha who spoke in Igbo said

“Buhari is the Mandela of our time. At 72, what does he want? He will do one term, fix the country and move on and then power will be come back to the South. When power rotates to the South, the South-East will have it in 2019 because the South-West has had it through Chief Olusegun Obasanjo and the South-South through Dr Goodluck Jonathan.’’

‘’Under President Jonathan administration, the South-East is not among the five topmost positions in the country (President, Vice President, Senate President, Chief Justice of the Federation, Speaker of the House of Representatives), does not have any of the service chiefs, Inspector General of Police, Controller of Customs, Immigration, Civil Defence, etc. We only have controller of Prisons. This is not fair.’’