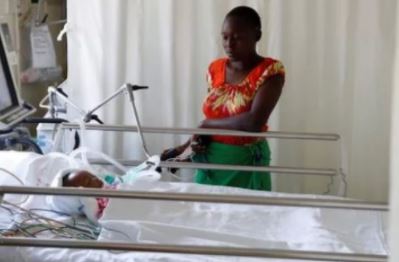 The ongoing brutal protest over the election outcome in Kenya, has left a 6-months-old baby fighting for her dear life after she was allegedly hit in the head with a police baton.

Baby Samantha Pendo is currently admitted at the Aga Khan Hospital’s Intensive Care Unit with her head wrapped up by a huge bandage.

According to Kenya’s Standard Media, she was hit on the head by police who broke into her parents’ house in Nyalenda estate, while chasing protesters on Saturday morning.

Her mother, Lenzer Achieng said she feared Samantha was dead after her baby was struck when police broke into a bedroom where she was lying with her daughter. 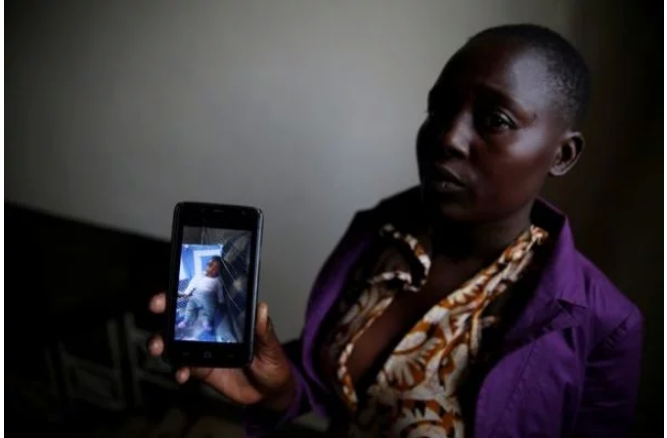 ‘One of the guys beat me and the other one came with that stick on them and hit the baby. Then I left the baby off of my hand because she did not cry, I did not feel any movement with the baby. I said screaming, she was dead.’

It was reported that police officers were searching for political protesters when they burst into the family home.

The father of the little girl, Joseph Abanja, who also sustained body injuries from the beating, said he pleaded with the officers that he and his family were innocent but the failed to listen.

‘We’re not thieves. It’s just me and my family in the house. They beat me bad like a thief and I am no thief.’ 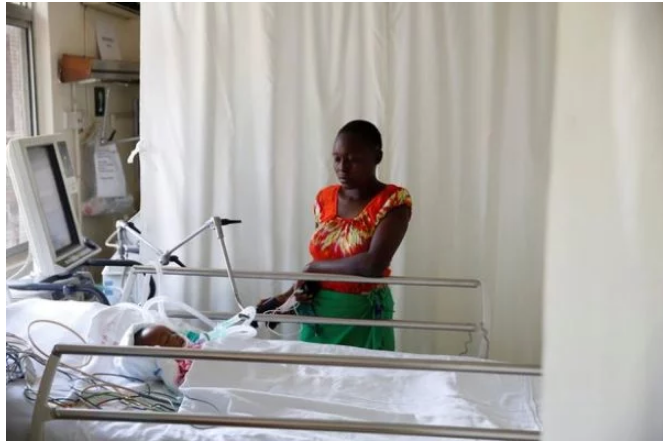 The director of Aga Khan Hospital,  Dr. Sam Oula said he and his medical team are desperately trying to save the life of Samantha.

‘At the time of admission, the child was critically ill and had already lapsed into coma. So we did what we are supposed to do and we admitted the baby into ICU where she remains quite sick, quite, still critical. The medical team is doing its best in terms of turning this baby around, but she remains quite critical.’

The Kenyan General elections were held in Kenya on 8 August 2017 to elect the President, members of Parliament and devolved governments. Incumbent President Uhuru Kenyatta was returned to office with 54% of the vote, a result his main opponent, Raila Odinga, refused to accept.

For over a week now, there has been an ongoing protest resulting to brutality and killing of innocent citizens following the election outcome.