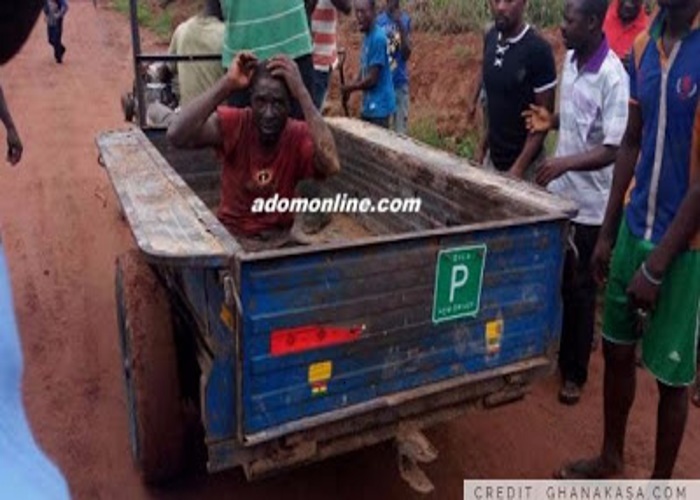 A mentally challenged man has left the residents of Akpafu-Menpease in the Hohoe municipality of the Volta region in a state of fear after he murdered a 70 year old farmer on his way to work.

The man identified as  56-year-old Emmanuel Kadidze, was said to have murdered Samuel Okiti in the early hours of Tuesday, when he was on his way to his farm.

The assemblyman of the area, Andrews Nkansah told Starrfmonline.com that he was on his way to school when he heard wailings from residents and upon reaching the scene, he was met by a farmer who had witnessed the mentally deranged man severed the head and two hands of the 70-year-old farmer and started chasing after the onlooker, who had run towards the township to save his life.

“After the heinous crime, the culprit was seen roaming the town with the head of the victim, it took the intervention of construction workers on the Hohoe-Kenyasi road to apprehend the culprit who was later handed over to the Hohoe Police,” Nkansah said.

Kadidze, married with five children, is said to have been battling a mental condition for some time now, which has seen him in and out of prayer camps.