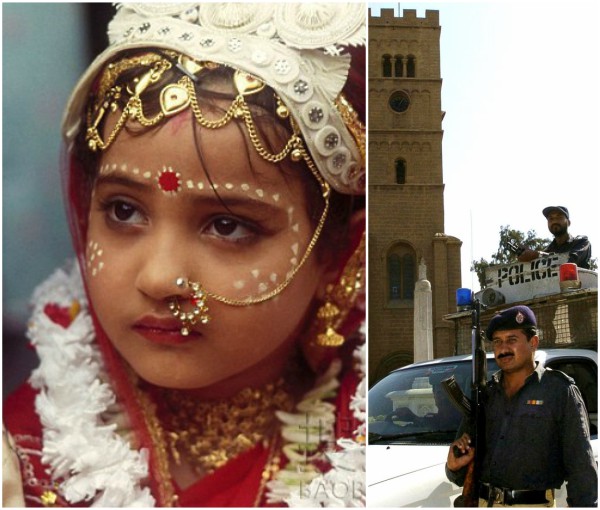 Police raided a wedding between a 22-year-old man and a five-year-old girl – but were too late to stop it.

Officers swooped on the man and others involved in the celebrations in the village of Raman Shar in Dakhan Town, Pakistan.

However, police are said to have been some minutes too late to the event and the nuptials had already been completed.

Those arrested include the groom Habibullah Shar, the registrar 40yrs old Molvi Kifayatullah Bhutto, and the father of the groom Gul Meer.

The bride was also taken into custody along with her mother, Pakistani newspaper Dawn reports .