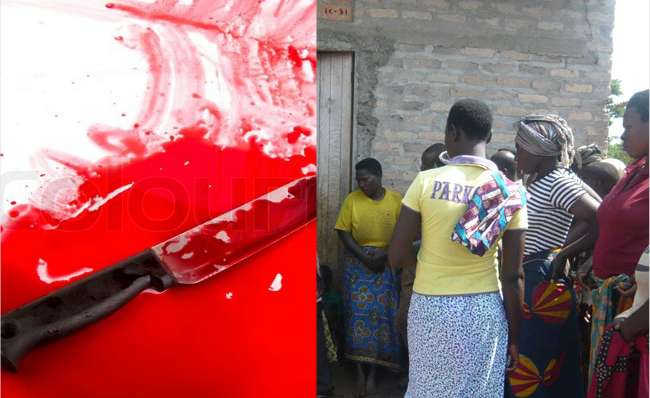 Residents of Gumisiriza village in Rukunyu Parish, Kakumiro District, Uganda are in grief after a woman stabbed and killed her pregnant co-wife.

The women were married to Mr Amon Byerete.

30years old, Prudence Kemigyishaa, was allegedly stabbed with a knife by her co-wife, who is purportedly on the run.

The incident happened on Friday morning when the deceased had gone to seek guidance on how to handle casual labourers from her husband who had spent the night at the home of the suspected killer.

According to some residents’ accounts, on knocking the door, the suspect emerged from the house and stabbed her several times on the chest, stomach and other parts of the body.

Their neighbour,Ms Merabu Muhiirwe, told Daily Monitor that the deceased cried for help from her husband. He, however, allegedly did nothing to stop the attacker.

‘‘We heard an alarm but it was too late for us to save her from the attacker. What is annoying is that the man [husband] just kept quiet inside the houses as the two women fought at the door step,’’ Ms Muhiirwe said.

After allegedly committing crime, the suspect fled the home.

Mr Byerete said that his deceased first wife previously attempted to attack his second wife over family issues but never knew that the rivalry would culminate in death.

The area Local Council I chairperson, Mr Aroziyo Byaruhanga said the matter was reported to police.

This is the fourth person to be murdered in Kakindo Sub County in a space of two months.