Osinbajo- Don’t Mind Them!! Do Not Go Home After Voting, Stay Behind & Protect Your Votes 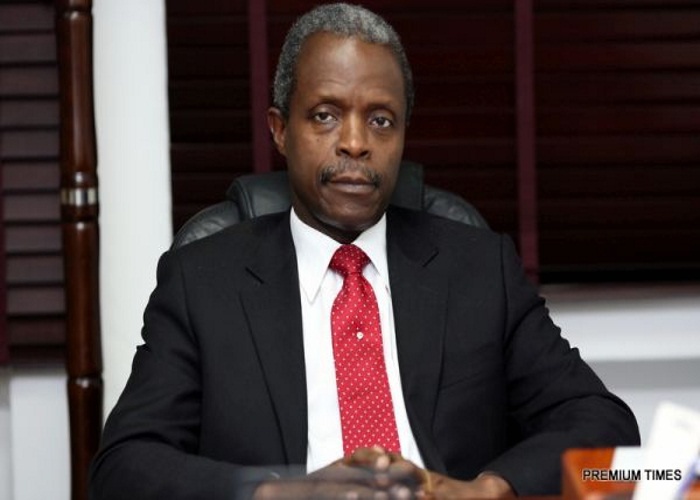 Professor Yemi Osinbajo, the running mate of the All Progressives Congress presidential candidate, has urged the electorate not to leave the polling units after casting their votes on March 28, saying they should stay behind and protect their votes.

This comes hours after the First Lady, Patience Jonathan, made a similar remark when she urged people to re-elect her husband in Saturday’s presidential election at the PDP women’s wing rally held in Enugu.

Professor Osinbajo urged the people to vote out the PDP and its presidential candidate, Dr Goodluck jonathan in Saturday’s election, saying Jonathan has failed the country.

Speaking in Ado Ekiti yesterday, Osinbajo said the PDP government has lost focus in the last 16 years that it has been governing the country, saying the party and its presidential candidate does not deserved to lead the country again.

The APC presidential running mate said a vote for Major Gen Muhammadu Buhari is a vote for deliverance from the shackles of “poverty, unemployment and corruption”, which he said the PDP had imported into the country.

Osinbanjo also noted that an APC-led government at the federal level would focus on how to tackle the unemployment that is killing the destiny of many of the Nigerian youths, and the corruption that has made the country a laughing stock in the community of nations.

In his words: “President Jonathan is tired of governance because he is overwhelmed. His government has no focus. As of today, Nigeria is the most corrupt in the world. “That is why they are afraid of Buhari’s presidency because they are afraid of being jailed . They know there won’t be room for corrupt practices. We are promising you that wonders shall happen again in this country if Buhari wins this election.

“President Jonathan has failed Nigerians in all aspects and deserves to be rejected by Nigerians. If you look at our programme, all we emphasized is how to provide jobs for our unemployed youths. Whether Jonathan likes it or not, the dream of Nigeria becoming a liberated state shall come to pass on Saturday”.

Despite the inspector general, Suleiman Abba’s assurance that the police will protect the votes of Nigerians, Patience Jonathan’s and Professor Yemi Osinabjo’s advice to supporters contradicts last week’s directive by Abba for voters to go home after voting.