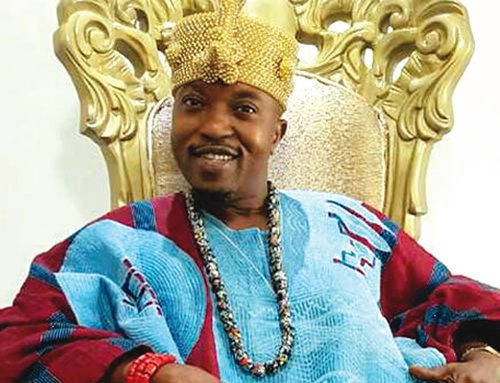 The Magistrates’ Association of Nigeria, Osun State branch, yesterday served a strike notice following alleged death threat to Magistrate Olusola Aluko handling the case involving the Oluwo of Iwo, Oba Adewale Abdul-Rasheed Akanbi; and the Oluwo-Oke of Iwo-Oke, Oba Kadiri Adeoye.
The Chief Registrar of Osun State High Court, Mr. Lawrence Arojo, also sent a petition to Commissioner of Police Fimihan Adeoye on the matter.
During the last sitting, Presiding Magistrate Aluko issued a bench warrant on Oba Akanbi. He ordered the police boss to arrest and bring the monarch before the court.
The state branch of Magistrates’ Association of Nigeria, in a letter directed to Chief Judge Justice Adepele Ojo, and the Chief Registrar, said:

“We wish to humbly draw your Lordship’s attention to the series of events that have been evolving recently in relation to our career and safety of our lives.”

The body, in the letter, signed by its chairman, Chief Magistrate F.A. Sodamade, and the Secretary, Magistrate F.I. Omisade, explained that while the case was before a court in Iwo, the presiding magistrate was almost attacked by “miscreants before she was rescued and accompanied to Ogbaagba by the Police and Prison officers.”
The letter added:

“At Chief Magistrate’s Court 2, Osogbo, the 1st Respondent, Oluwo of Iwo, refused to appear before court on four consecutive occasions despite an order of the court for him to appear. A bench warrant was therefore issued against him the fourth time the matter was heard.
“Instead of the Oluwo of Iwo appearing in court or the police effecting his arrest, the Oluwo of Iwo using various media, proceeded to cast aspersions on the character and integrity of the Magistrate and the judiciary at large.
“He specifically mentioned on social media and pages of newspapers that the Magistrate is retarded, unfit to be on the bench and a disgrace to the judiciary; that he would issue a traditional warrant of arrest against the Magistrate and would never appear before his court.
“We humbly state that with prevalent threat to the security of Magistrates as exemplified in the events of Iwo and Osogbo, we consider our lives unsafe and may be unable to continue sitting in our various stations, which may affect us entertaining any new charge from the office of the Commissioner of Police until the Commissioner of Police has complied with your Lordship’s directives.”

In another petition, the Chief Registrar of the High Court called for the investigation and arrest of those that threatened to deal with Magistrate Aluko.

The petition reads: “In the early morning of Wednesday, 4th day of January, 2017, some leaflets/flyers numbering about twenty were brought to our attention by one the security officers, serving at the State High Court Complex.”