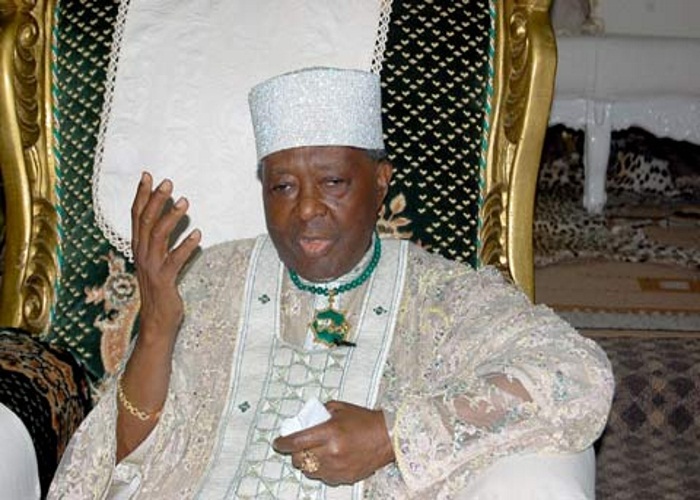 Controversies has trailed the death of the Ooni of Ife, Oba Okunade Sijuade, Olubuse II as the Royal traditional Council of the town, Wednesday said the paramount ruler is alive and in good state of health.

The RTC, which comprises of all traditional chiefs and title holders in Ile-Ife said Oba Sijuade is not only in sound state of health but added that the royal father was preparing for son’s wedding holding next week Sunday in Lagos.

Also speaking, secretary Royal Traditional Council of Ife, the Ladin of Ife, High Chief Adetoye Odewole, said Ooni is hale and hearty and even spoke to the chiefs on phone few hours earlier.

He added “those behind the death story are enemies of Ife and as I speak with you, chiefs have not heard anything like that. This is not the first time such rumour will be carried about our father.

Commenting similar vein, chairman, Ife Development Board, Prof. Muib Opeloye, said Ife is a town with rich tradition has its way of managing its affairs.

Opeloye maintained the royal father was preparing for his son’s wedding, urging people not to panic and go about their normal daily activities.

Meanwhile, the entrance of Ooni’s palace was shut to visitors, as only newsmen, chiefs and relations of Oba Sijuade were allowed into the premises.

Many indigenes and residents of Ife had converged at entrance of the palace but were prevented from going inside by guards.
More details soon