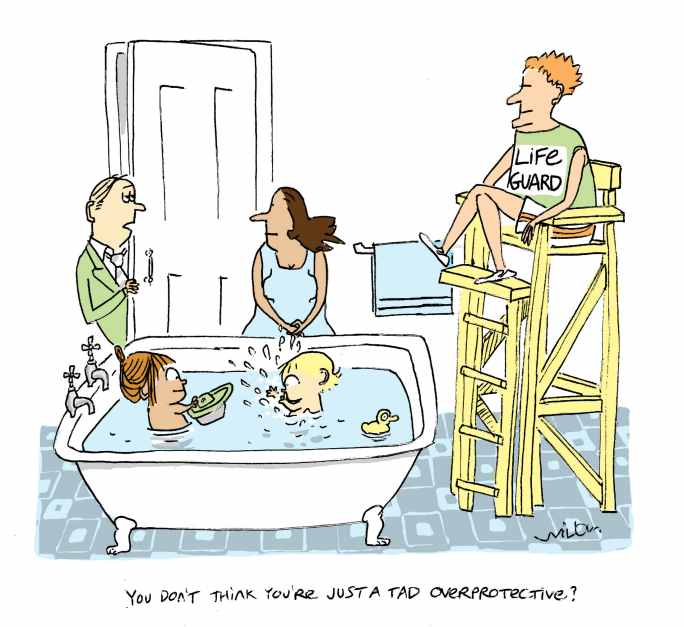 With a changing society in contemporary times, it has become a big concern for every parent whether their children are safe in the society or not. Criminals today roam around our midst and no one knows what might just trigger off a wrong act by the hands of those who are most near and most trusted. This is why a sense of over protectiveness has come over the parents and especially the parents having teenage children. Though parents are often misunderstood in this area, they have their reasons and the children too have their stand. Let us examine both these arguments and try to find a middle path that can be adopted by the parents and the children.

Protectiveness according to parents is an instrument which helps in controlling their children. It is natural for parents to get worried about their children and ask of their whereabouts if they are coming late at night. In modern society when people do not think twice  before committing rape and molests in broad daylight, child security is a big question. Also, being a bit firm with your children put you in a position to teach them discipline and to respect discipline in their lives. Moreover, peer pressure might make a child take the wrong path and this is the time when parental interference saves the child from doing anything wrong. Sometimes parents do not let their children go out for outings and trips in fear of natural calamities, the places itself or that the child may get hurt and the like. These fears on the part of the parents are completely justified. Because they care for their child, they are protective and want good for them. If they are denied something they would make full provision for an alternative plan as well.

Children sometimes comply with their parents’ wishes but most of the time it is seen that the children have the tendency to become more rebellious and go in for that which is not asked of them. Primarily it generates irritation and anger in the hearts of the child towards their parents. They tend to compare that if their friend’s parents are allowing they should be let off too. It also hurts their self-esteem and makes them think that their parents do not trust them and think that they are incapable to perform certain activities. They think their parents judge them as irresponsible and that is why they are not given the desired freedom.