Pain of husband who can not afford to fund the funeral of wife, 36, who died five weeks ago from coronavirus after paramedics said she ‘wasn’t a priority’ 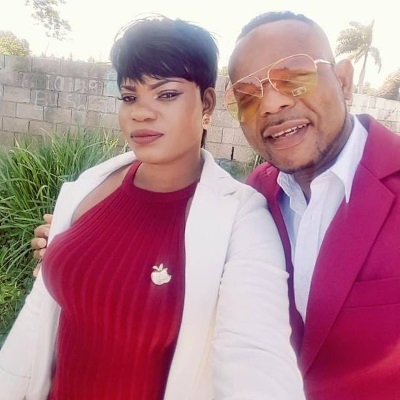 Mrs Williams, whose death was recorded as ‘Covid-related’, was suffering a cough, high fever and severe chest and stomach pains on March 20.

Paramedics were called out and carried out some tests. According to her husband, they advised her to rest and take paracetamol and refused to take her to hospital because she would not be seen as a ‘priority.’

The following afternoon, the medics returned when Mr Williams found his wife slumped forward in the living room.

He said: ‘We’d woken up together on that Saturday morning as normal. I remember that Kayla was feeling particularly fragile as the morning wore on.

‘She asked me to help her into the bath, which I did, and afterwards I practically carried her to the sofa in the living room.

‘I made her some fresh soup and a cup of tea and brought it in to her. She was watching television and on the phone to her pastor.’

When he checked on her an hour later, she wasn’t breathing and hadn’t touched the food. He called 999 and tried to resuscitate her but failed.

‘Omika watched all this happen, I tried to shield her from it but there wasn’t a lot I could do.

Mrs Williams, whose death was recorded as ‘Covid-related’, was suffering a cough, high fever and severe chest and stomach pains on March 20

‘She is now living with my brother in Catford who has his own children for her to play with. It’s helped her take her mind off things but I don’t know what effect this has had on her long-term.’

At the time of her death the London Ambulance Service said: ‘We are working incredibly hard in these unprecedented times to look after Londoners.’

Omika had last seen her mum a year ago when she left Jamaica to move in with Mr Williams and had only flown to the UK a week before Kayla died.

Mr Williams, who married Kayla in Jamaica in 2017, says his monthly rent is £800 but he has gone into arrears as his reduced paycheck last month was £680 and he has bills for gas and electricity piling up.

‘Myself and Kayla used to pay for everything together, she had a good job working in a hairdressers in Brixton,’ he said.

‘But since she’s gone, it’s been really hard financially. I’ve struggled to pay all the bills.

‘The rent for the flat is £219 a week and I’m already behind on the payments. Besides there are the household bills to pay as well.

‘My big wish is to bury Kayla at Croydon Cemetery, it’s where my dad is buried and it’s peaceful spot.

‘I’d rather bury her because that’s what she would have wanted, but it’s money I just don’t have. ’

‘If she hadn’t moved to England, then maybe she wouldn’t have caught this horrible virus and still be alive today,’ he said.

‘I really miss her. I think of her everyday.’

The average cost of a burial in the UK is £4,800 and when the funeral does take place, only 10 close relatives living in London will be able to attend because of social distancing restrictions.