PARENTING TEENAGERS: HOW TO BRING CALM TO SIBLING CONFLICT 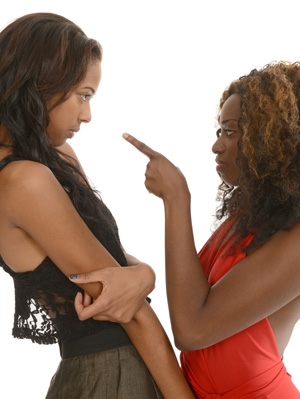 The squabbles would last for hours, days even, and there would be shouting and tears. Michele, my older sister, and I would be sent to separate rooms. I can still hear my mother’s words: “If you two don’t stop arguing, I’ll bang your heads together – that might knock some sense into you.” All these years later, I wonder if there’s a less drastic way of stopping the constant bickering and sibling rivalry that goes on between my children, aged 13, 11 and seven. If history repeats itself, we’re in for the long haul – my arguments with Michele didn’t cease until I’d had my first child.

Whether your children are six or 16, the reasons they squabble are pretty much the same. The reality most of the time is that it’s not about whose turn it is to empty the bin or who’s got control of the remote. Far more likely is that one sibling is feeling pushed out, or put upon. Unable to articulate their feelings, they take it out on a brother or sister instead.

Teenagers are apprentice adults: on the one hand they’re desperate to pull away from authority, on the other they’re still finding their way. And in the dynamics of a hectic family, everyone is forever frozen in the pecking order – be that the older sensible and sensitive child or the youngest spoilt and wayward one.

How true – I’m the last of six, the in-your-face madam who got away with everything. Michele, few months my senior, can still remember rocking my pram to make me cry because she was so jealous I’d arrived and usurped her position.

We are still children, in many ways, until we become a parent ourselves.

But before you decide to encourage your child to go forth and procreate in a misguided attempt to beat the bickering, here are some tips.

What your teenagers really still want most from a parent is their time and attention, and they fall out with each other much more when they feel, even unconsciously, that they are being ignored. Yes, it’s easy to separate the fighting siblings, especially if their constant arguing is driving you mad. But long term that actually solves nothing.

Instead,  when things have calmed down, direct all warring factions to the kitchen table for a calm session about how they can develop the skills needed to compromise and negotiate – thereby reaching a peaceful conclusion themselves.

After all, these are valuable life skills that will come in handy in the playground, on the bus and in the boardroom. Teach your young children the art of communication, show them how to work it out, and over time, whenever they argue, tell them to go away, sort it out, come back and tell you how they did it.

Siblings argue with each other because of boundary issues (‘get out of my room, don’t borrow my clothes’), jealousy, resentment or competitiveness. Our job as parents is to work out what is causing the strife and then find ways to help them through it – not just wade in there giving an adult response to an adolescent situation.

Of course, in practice it can be hard to put some of the experts‘ suggestions into play.

You may feel like joining in and screaming your head off as the fight erupts but of course, that’s neither helpful or mature. And arguing is OK – it’s just you need to teach them how to resolve issues.

For example if the boys can’t sort it out within a reasonable time, they all get banned from whatever was causing the argument, or if they are bickering about whose turn it is to do a chore, they all have to do it.