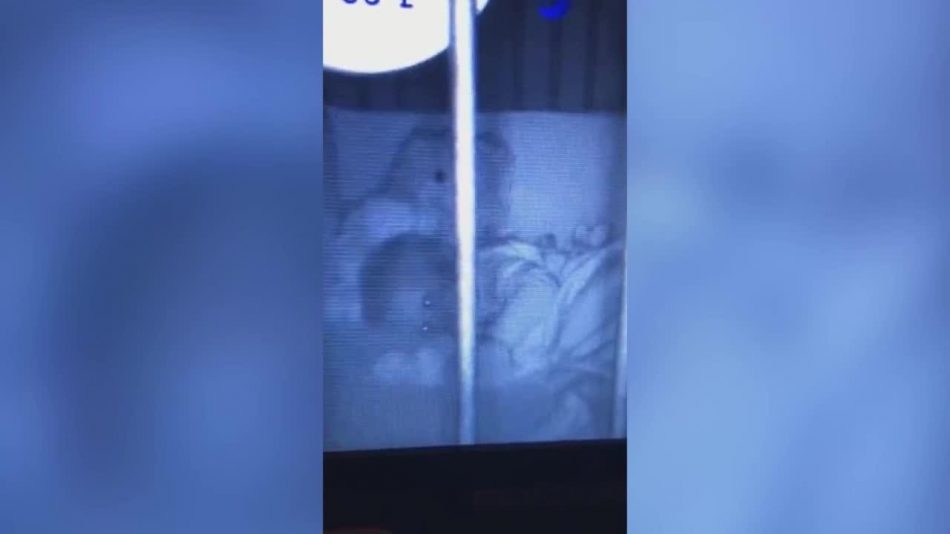 Hank and Hannah Squiers got the shock of their life after spotting their toddler’s teddy bear moving it neck to look at the baby while she was falling asleep.

The youngster was playing with the toy inside her cot and her parent decided to film. But the toddler can be seen turned over facing the other way, appearing to be falling asleep.

The couple quickly noticed the teddy bear in the background appears to move on its own accord to see the child.

Hannah said: “I saw on our baby monitor that our daughter was laying in bed happily playing to herself so I videoed from my phone because I thought it was so cute.

“Later when I showed the video to my husband he noticed how cold it was in her room, and then he panicked as he noticed the bear behind her eerily moves its neck to look at her.

“It had us both really baffled! We shared the video with our friends on social media and it quickly created a lot of buzz, but no one can agree how it happened.”