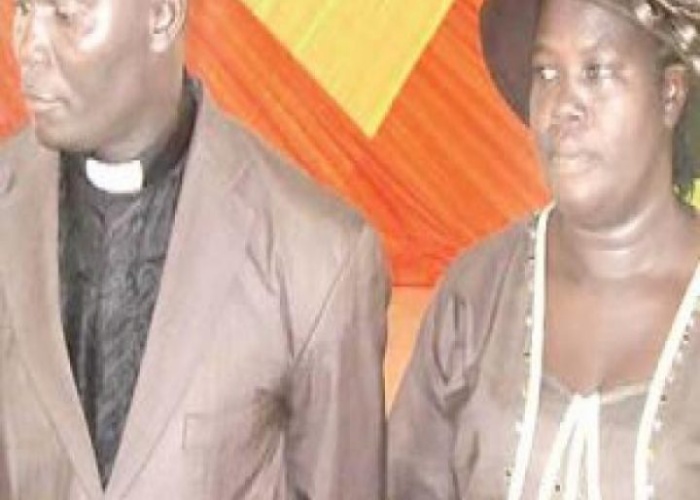 Two years after he lost his entirely family to an inferno, A 51 years old man of God named Pastor John Kayoda of Christ Apostolic Church lost his life inhaling generator fumes.
The Warri based Pastor having lost a wife and four adorable children, to fire incident on September 25, 2014, died on June 26, 2016, as a result of inhalation of generator fumes.
Reacting to the unfortunate incident, the Chairman of the Coordinating Council of Christ Apostolic Church, Warri District, Pastor Emmanuel Orode, described the incident as shocking, mysterious and a bad omen.
“This is beyond human comprehension that Pastor John Kayoda, who lost his entire family of five while attending a general meeting of pastors at Ikeji Arakeji in Osun State, September 2014 has also died almost in the same circumstance,” Pastor Orode said amidst tears.
“God has his own programme for everybody, which cannot be changed by any mortal. However, it is unfortunate that he died in this circumstance. But, who are we to question the authority of God Almighty”.
“Above all, we thank God for his courage because when his family died, he did not loose courage. He was even stronger in the Lord. However, we give glory to God Almighty, the Creator of heaven and earth,” he said as tears continued to flow freely and wet his collar.
He said the late pastor was posted from CAC Otumara, Olu’s Palace Warri to Ekekpamre, less than two weeks ago before he died.
“We are really sad, very sad over the painful demise of this strong, energetic and courageous young man. Now that the evil men have done their worst, they have nobody to kill again”
Orode established that Pastor Kayoda’s name and achievements would remain in the annals of history of Christ Apostolic Church worldwide.