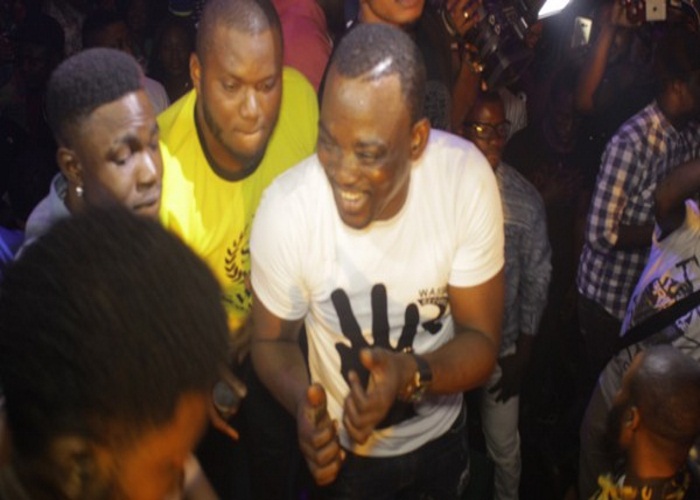 Talented fuji turned hip hop act, Alhaji Wasiu Alabi a.k.a Pasuma is one of the top players in the Nigerian music industry.

Fresh from the launch of his much awaited debut pop album entitled ‘My World’ where he collaborated with music stars like Olamide, Patoranking, Oritsefemi, Q Dot, Tiwa Savage, and Phyno. Pasuma has announced he is collaborating with award winning pop stars, Wizkid and Davido.

Pasuma told ERave during his album listening gig that he has contacted the reps of both singers and the result of the duet would be out soon.

In his words, “I have another collaboration coming soon with two of the best boys in the industry. Wasbar Records would announce their names soon.”

When probed further to reveal the identities of the music stars, he said “I am featuring Wizkid and Davido in my next singles. I have spoken to them and they are ready for us to record. It was a bit difficult getting them because they are very busy but we plan to drop the video and the single at the same time.”