PDP- Fayose Didn’t Speak For Us On Jega 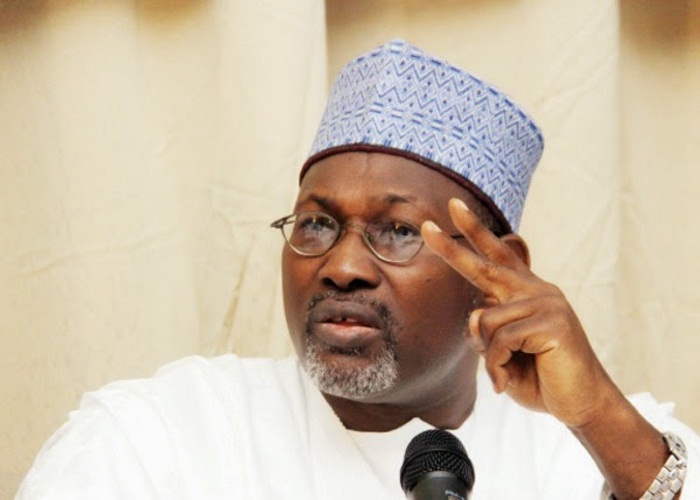 The national leadership of the Peoples Democratic Party has said Governor Ayo Fayose of Ekiti State was not speaking for the party on the call for the sacking of the Chairman of the Independent National Electoral Commission, Prof. Attahiru Jega.

Fayose had called for the sacking of Jega, adding that if President Goodluck Jonathan goes ahead to remove him, heaven will not fall.

But the party said the governor was merely expressing his personal opinion and that his statement should not be construed to mean the position of the party on the issue.

Deputy National Chairman of the Party, Prince Uche Secondus, stated this in an interview with journalists in Abuja on Thursday.

He said, “We are not fighting Jega. The opinion expressed by the governor of Ekiti State on the INEC chairman remains his own. He’s not speaking for the party.”

He further denied that the PDP was pressured or is pressuring the President to sack Jega, saying, “never, nothing like that is even cooking. There is no plan to remove Jega,” adding that the party has “absolute confidence in INEC and its leadership.”

Secondus also boasted that the PDP will win ‎the 2015 election comfortably, adding that the party will not bribe voters to return President Jonathan into office.

“We won’t bribe voters to return the President into office. As a matter of fact, we have never bribed voters before, during or after elections,” he added.

Secondus, who said the PDP is ready for the 2015 elections, said it has decentralised their campaigns from wards to the polling units, stressing therefore that claims that it was afraid of the use of Permanent Voter Cars and card readers were not true.

While responding to allegations that PDP is jittery over the use of card readers, Secondus said “Not at all. You know this is the first time that the party is going to try this technology.

“I think that this misinformation by APC must be corrected. The PDP is not against card readers. The PDP believes that INEC should test it and it should be in perfect condition, so that we don’t run into problems.

“So that on that day, we don’t have problems of it working in some areas and in other areas it won’t work.

“Since it is the first time we will adopt this technology, it should be in perfect condition so that people will not have cause to complain.

This is the position of the party and I want to make it clear to Nigerians that the PDP is not against the card reader but we urge INEC to test run them so that they will be in perfect condition on election days.”