MENSTRUATION PERIODS DURING PREGNANCY: IS IT NORMAL OR ABNORMAL? 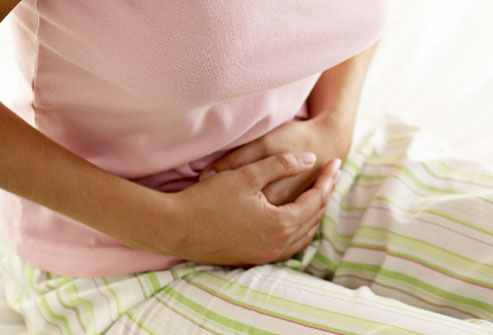 Pregnancy is associated with the end of periods albeit temporarily. Most women rejoice at that prospect since for some periods are their worst nightmare. It may however not be the case. It has been recorded that some women actually get their period for a while even while they are pregnant. Quite the contradiction don’t you think?

Well, doctors say that it is not really your period but bleeding. Your period occurs when the uterine wall is shed because there was no egg implanted. Since an egg has already been implanted it is not right to call it menstruation. You may not experience any pain during such bleeding as opposed to menstruation coming with cramps. It will also be of a less intensity and not last the usual 4 to 6 days.

Your period is not your most fertile time but that does not mean that you cannot conceive. If you do get pregnant very close to your next period you could easily continue getting your period while you are pregnant. This causes a little confusion in determining your due date since doctor’s normally use the first day of your last period as a reference point.

Some say that when the egg implants into the uterine wall it burrows into it and may cause some light bleeding. If the fetus is small the rest of the uterine lining may begin to shed and will be seen as bleeding.

Sex during pregnancy can also cause some light bleeding. This occurs because there is more blood flowing to the cervix at this time. If there is a benign growth (cervical polyp) in the cervix sex could trigger some bleeding.

Any internal exam like a Pap smear could cause bleeding. Causes unrelated to pregnancy like vaginal infections or sexuallytransmitted infections could increase the chances of a pregnant woman bleeding. All these are less serious causes but there are instances when the bleeding could be an indication of something more serious.

Bleeding during early pregnancy could be a sign of an ectopic pregnancy (egg implanting outside the uterus, usually in the fallopian tube), especially if the bleeding is watery. This is potentially life threatening to the mother since the fetus will definitely not grow to term. Continued growth of the fetus in the fallopian tubes may cause them to rupture so it will have to be terminated.

A miscarriage could also be the cause of the bleeding. It will usually come with some serious cramping so be careful to note that. Bleeding in early pregnancy could also indicate problems with the placenta that may be experienced later in the pregnancy.

Placental problems include placenta previa, where the placenta covers the cervix and placental abruption where the placenta detaches from the uterus. Both of these conditions need immediate medical attention because they can lead to one losing the baby.

While it is evident that bleeding may occur during pregnancy it could be something harmless or bordering on life threatening. If it does occur to you, especially if there is some pain involved, see a doctor immediately.