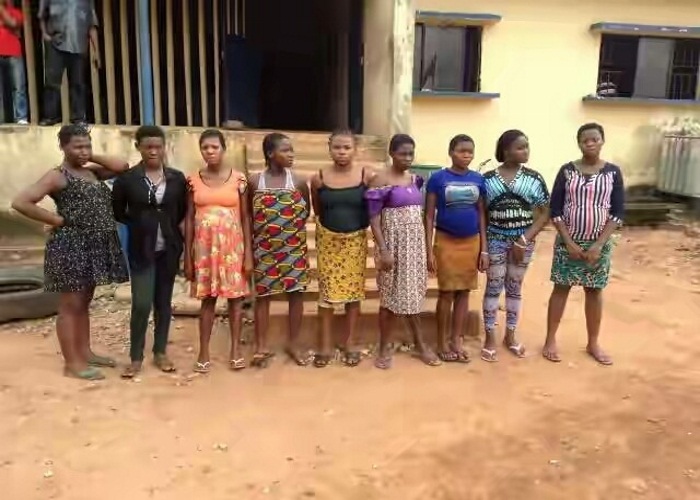 The Enugu State Police Command on Saturday raided a “baby factory” and arrested nine pregnant girls in the process.

The operation, carried out by the 9th Mile Division of the Nigeria Police Force, took the police to a baby factory located within Etiti Amankwo Ngwo of 9th mile, Udi local government Area of Enugu state.

The factory is allegedly being owned and operated by one Ikechukwu Onoh of Etiti Amakwo Ngwo.

Amaraizu added that “they are helping the operatives in their investigations.

“On the part of the owner of the factory, he claimed that he got a provisional approval in October 2007 from ministry of women affairs and social development Enugu State to admit and shelter pregnant women in his hospital called ‘Tex Hospital and maternity home’, and that the hospital is no longer functional, hence he is now running the home from his house.

“He also admitted that under the authority, he was supposed to inform the social development and women affairs within 24hrs of admitting any pregnant woman”.

Meanwhile, some of the girls claimed that they were raped by unknown persons and that they found succour in the home.

One of them claimed that she was raped and that she could not report to her parents until pregnancy resulted, leading to her being forced to marry an old man or leave the family.

This, she said made her to seek for assistance through one of her relations, who directed her to the home.