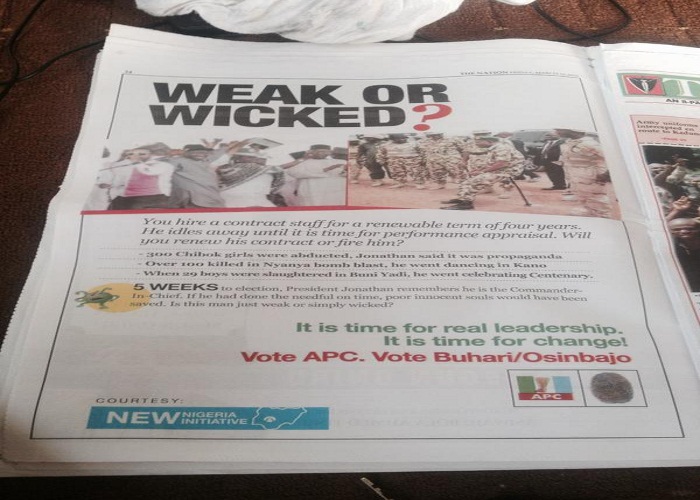 You hire a contract staff for a renewable term of for yours. He idles away until it is time for performance appraisal. Will you renew his contract or fire him?

– 300 Chibok girls were abducted, Jonathan said it was Propaganda

– Over 100 killed in Nyanya bomb blast, he went dancing in Kano.

– When 29 boys were slaughtered in Buni Yadi, he went celebrating Centenary.

5 Weeks to election, President Jonathan remembers he is the Commander-in-Chief, If he had done the needful on time, poor innocent souls would have been saved, Is this man just weak or simply wicked?

Naijaparents Whats your say about this?