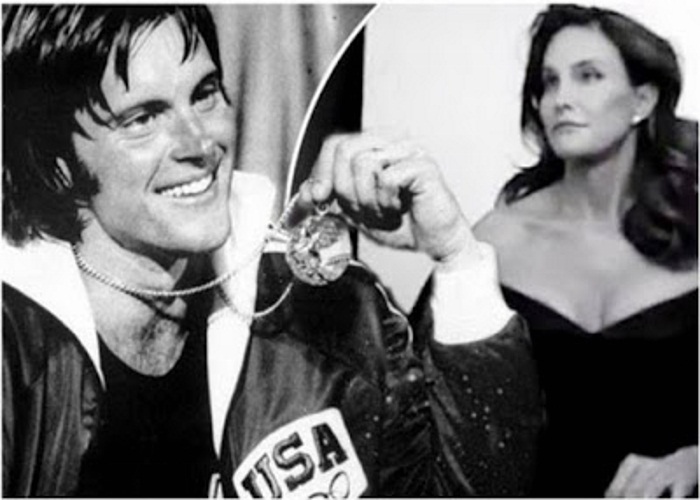 Caitlyn Jenner introduced herself to the world on Monday in a history-making article for Vanity Fair. Featured below are some of her best quotes about her transition and her life from that article, which is available in full in Vanity Fair’s digital edition.

2. “Pain is kind of, for me, part of the pain for being me.” Caitlyn revealed that in the 1980s, they attempted to start transitioning, taking hormones to grow breasts and undergoing electrolysis to remove their beard (which lasted more than two years). On the decision to not take pain medication for the “incredibly painful” electrolysis regimen, Caitlyn said she told herself, “This is what you get for being who you are. Just take the pain.”
.
3. “If I was lying on my deathbed and I had kept this secret and never ever did anything about it, I would be lying there saying, ‘You just blew your entire life. You never dealt with yourself.'” Caitlyn told the magazine she didn’t want to look back at the end of her life and feel regret. “I don’t want that to happen.”

4. “Sports saved my life.” Being a successful high school athlete helped make them popular and appear “masculine” to those around them. Because “that’s what everybody wants to believe,” Caitlyn said.

5. “Underneath my suit I have a bra and pantyhose and this and that and thinking to myself, ‘They know nothing about me.'” Living with gender dysphoria in the public spotlight was as difficult as it anyone can imagine. In 1976, they won gold in the men’s decathlon in the 1976 Olympics, making them one of the most famous athletes and sought-after celebrities in the world. “I walk off the stage and I’d feel like a liar. And I would say, ‘Fuck, I can’t tell my story. There’s so much more to me than those 48 hours in the stadium, and I can’t talk about it.’ It was really frustrating. You get mad at yourself … Little did they know I was totally empty inside.”

6. “I get letters every day from all these people from all over the world.” On the overwhelming support she received after the ABC interview with Diane Sawyer, Caitlyn said, “I’ve gotten a lot from trans women telling their story, and how excited they were to see the Diane piece.”

7. “You don’t go out and change your gender for a television show.” Caitlyn directly addressed critics who say this is all just a ploy for fame and money. “‘Oh, she’s doing a stupid reality show. She’s doing it for the money. She’s doing this, she’s doing that’,” Caitlyn said. “I’m not doing it for money. I’m doing it to help my soul and help other people. If I can make a dollar, I certainly am not stupid. [I have] house payments and all that kind of stuff. I will never make an excuse for something like that.”

8.”If you have a list of 10 reasons to transition, sex would be number 10.” Caitlyn told Vanity Fair she has no plans to undergo gender reassignment surgery at this time.

10. Bruce Jenner was “always telling lies.” Caitlyn, she said, “doesn’t have any lies.”