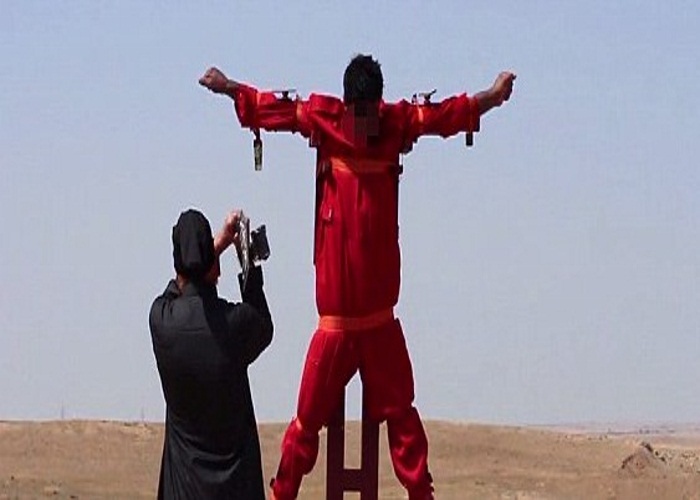 The militants yesterday released a horrific video showing the execution of a ‘spy’.

They tied the man to a wooden cross, hacked off his hand and foot and let him bleed to death.

The video then shows the prisoner – dressed in orange jumpsuit – hanging lifelessly in the middle of the desert.

At the end of the video, an ISIS member said they killed the man because he was working as a spy for Iragi military.