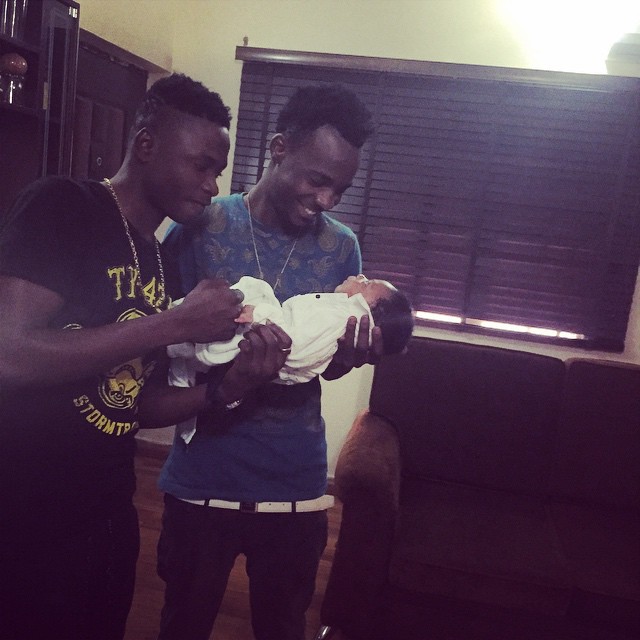 YBNL artiste, Lil Kesh was at the home of his boss, Olamide where he finally met the rapper’s newly born son.

Olamide and his girlfriend welcomed a son, Batifeori last month but Lil Kesh was absent at his Christening. He went alongside music producer Young Jon to Olamide’s home.

Looks like Kesh is currently staying with Olamide as the two of them went on a boat cruise not quite long.