Photo: Nigerian Man Reunites With His Ex-girlfriend Who He Abandoned After Getting Her Pregnant 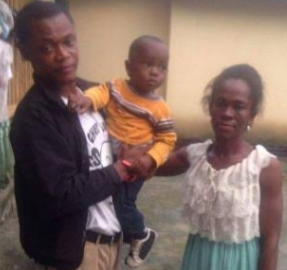 A Nigerian man has reunited with his girlfriend who he impregnated and abandoned for almost two years. The man reportedly left her after they had a serious quarrel while she was pregnant. The lady had their child while he was away and has been struggling to raise and cater for the child all alone. Members of Human rights activist, Emmanuel Ugwuonye’s NGO, Due Process Advocates, met with her and on hearing her story, helped to locate the man and now they have been reunited.

Posting a photo of the couple and their child, the group wrote

“This man got this woman pregnant. They quarreled and broke up. The woman went on her own and had her baby. The man went only his own forgot he got somebody pregnant. They two lost contact and never met again. Then a DPA member met the woman struggling to stay alive from hunger with her nearly two-year old child. The DPA member began to ask questions. Today, Hon Joy Buz led DPA to this reunion. Rather, mother and child, we brought together”. 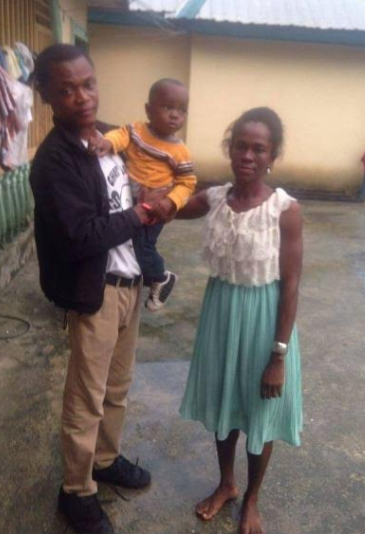