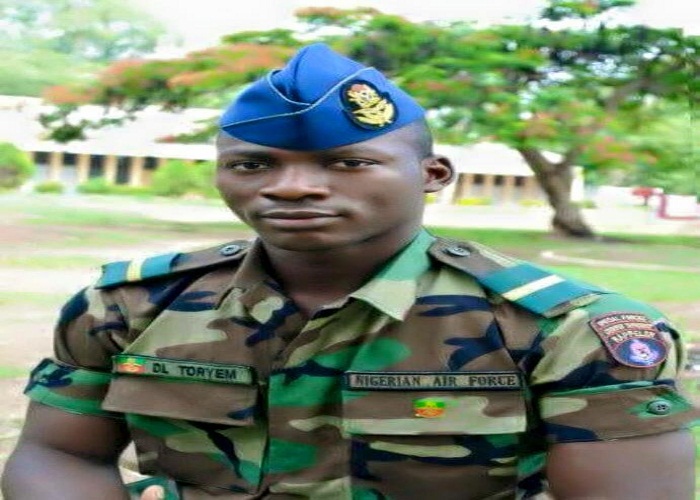 Very tragic. A Nigerian Air Force pilot Duke Toryem lost his life in the line of duty during a raid on the Boko Haram sect on Friday May 22, 2015.

He was said to be killed by an explosive after an attack on the Northern insurgents. He died at the age of 26.
May his soul rest in peace.