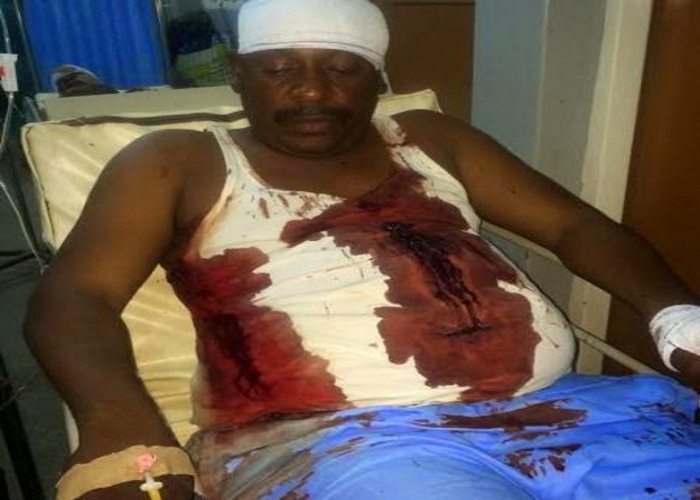 APC Chairman in Gombe Local Government, Alh. Ibrahim Musa pictured above, was attacked by armed youths alleged to be PDP members at his home yesterday evening.

According to reports, Alhaji Musa was one of the party officials that received Gen Buhari in Bauchi state yesterday.

On his way home after the campaign rally, he said he met some youths who were fighting and intervened.

He said after mediating, he went home to rest only to be attacked by one of the youths at his home. 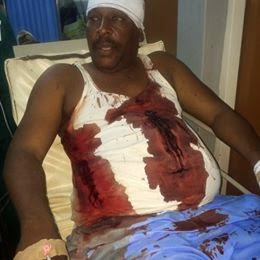 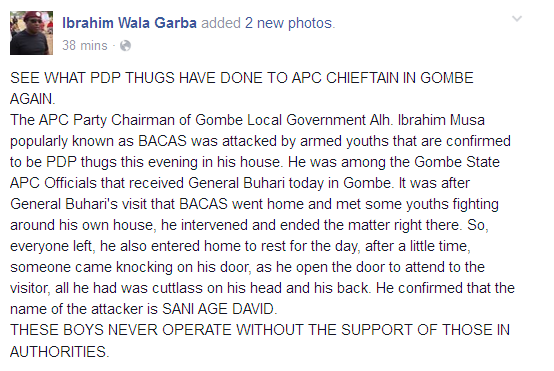