Photo: Woman bites off another woman’s lip over gossip in Lagos 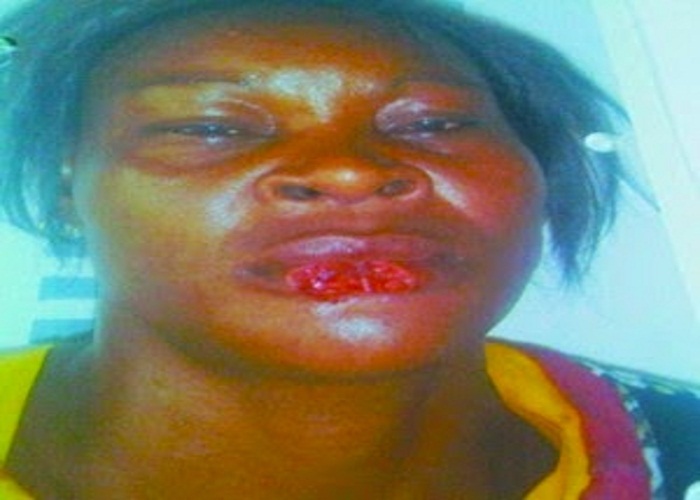 Ada Joy Samuel, (pictured above) lost a part of her lower lip during a street fight with her friend, Ejiofor Chioma, in the Ajao Estate area of Lagos state.

According to reports, Chioma, a mother of four, accosted Ada at Canal Extension, off Itanola Drive, Ajao Estate where the two reside, and accused her of gossiping about her to others in the area. Chioma’s husband had recently relocated to the village and she accused Ada of telling neighbours that she’d began sleeping around because her husband was no longer around. Instead of trying to calm the woman down, Ada is reported to have shouted back at Chioma and told her to go to hell. This resulted in the women engaging in a public fight and Ada losing her lip.

During the fight, Chioma  grabbed Ada and bit off part off her lower lip which fell on the ground. Ada started bleeding profusely and was rushed to a hospital. Chioma was arrested and taken to the Police Station at Ajao Division.