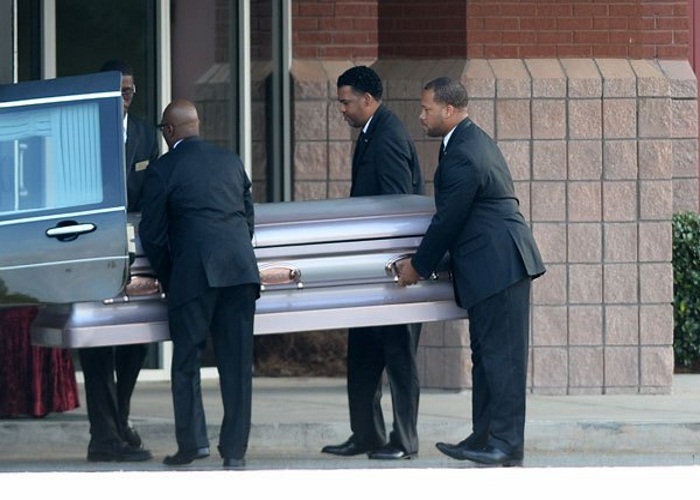 Bobbi Kristina Brown’s casket arrived at St. James Methodist Church in Alpharetta, Georgia., just a few hours before her funeral today .Her loved ones are gathering to pay their last respects to the girl who lost her life at just a tender age of 22 years.

The coffin was lifted by four men dressed in black suits for the funeral service which is believed to have a ‘Sweet 16’ theme on the order of Bobbi’s aunt, Pat Houston. The coffin was also escorted by two policemen on motorcycles into the parking lot of St. James United Methodist Church.

Reports say security is tight with check points manned by family personnel and Georgia State Troopers in anticipation of VIP guests from the Houston and Brown families, including Bobbi’s father, Bobby Brown and her mother’s cousin, Dionne Warwick.

All guests have been advised to arrive ‘as early as possible’ and bring a ‘government-issued photo ID’. Guests were also asked not to bring their phones inside the church.

After the funeral, Bobbi Kristina’s body will then be flown to New Jersey where she will be laid to rest next to her mother and grandfather at the Fairview Cemetery in Westfield. It is believed that movie mogul Tyler Perry, who is a close friend of both her parents, has offered the use of his private jet to make the flight. May her gentle soul rest in perfect peace…. 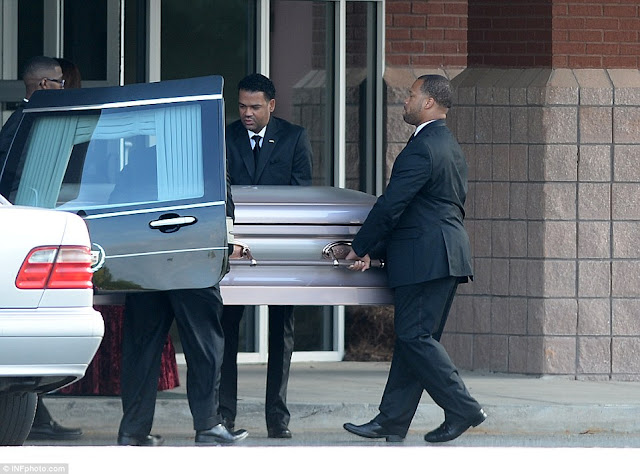 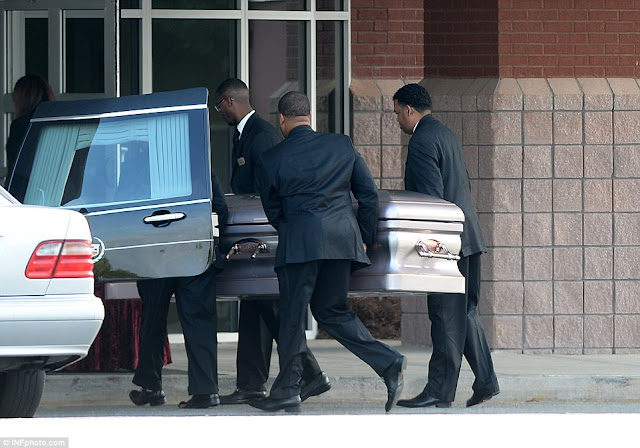 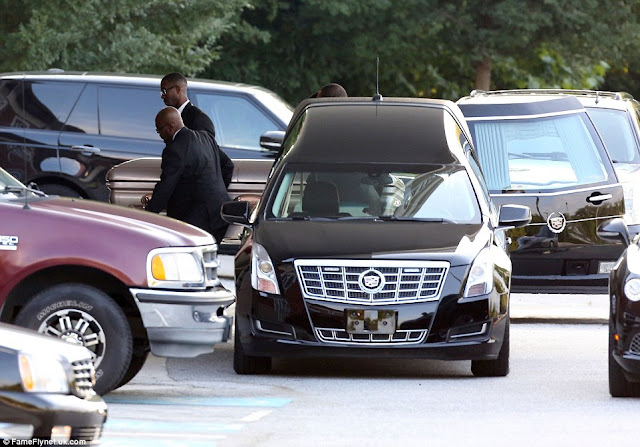 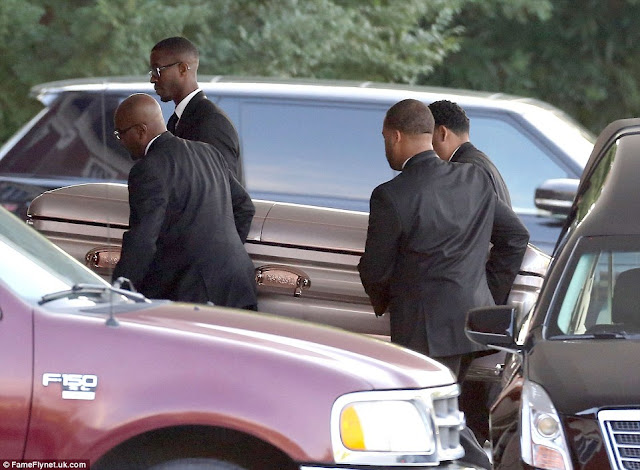 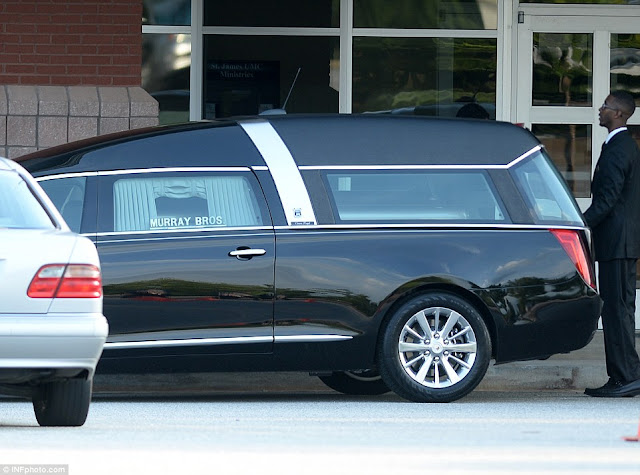 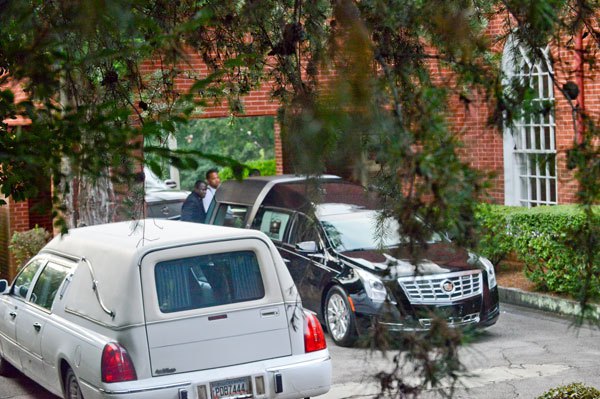 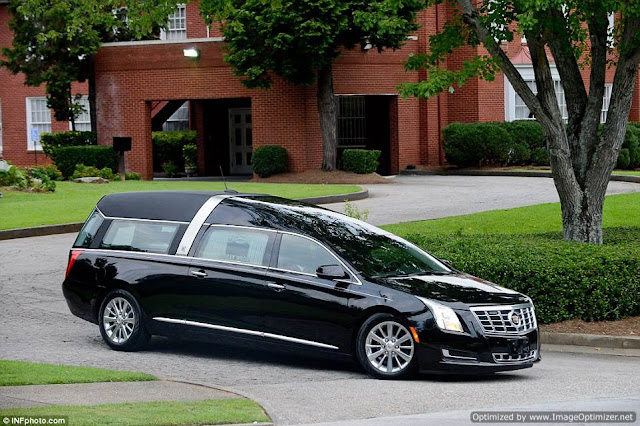 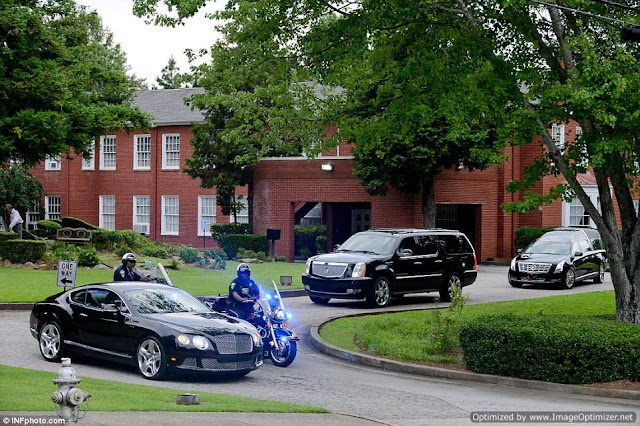 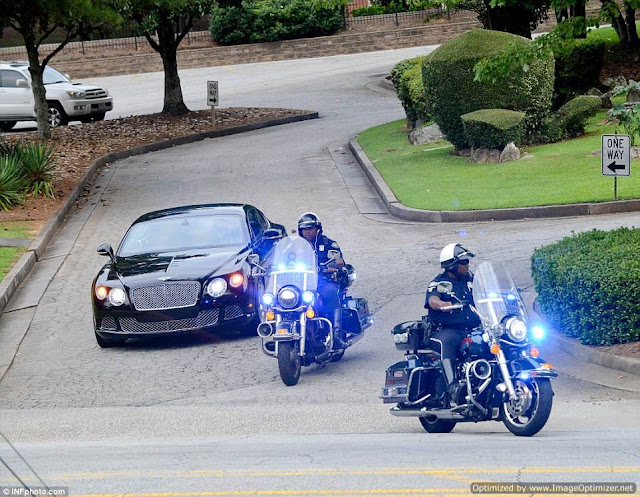 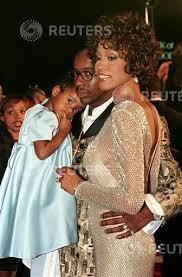