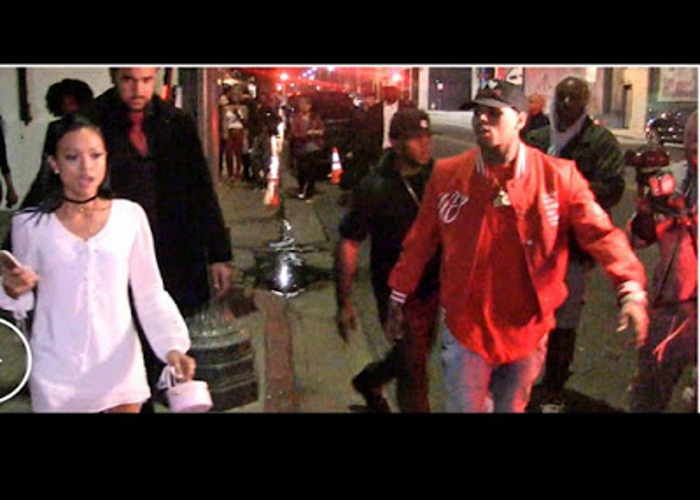 Chris Brown attempted to hookup with ex girlfriend, Karrueche Tran last night but it did not end well. TMZ is reporting that Chris was seen banging at Tran’s front door after she kicked him out of her SUV.

It all started when Chris got the V.I.P. table next to the one Karrueche was at.  Miss Tran became irritated by his presence and left the club … and Brown followed … eventually weaseling his way into her SUV.
.

Tran did NOT want him inside — and dropped him off with his friends a short time later.

Which is why she was even more upset when he showed up on her doorstep around 3:30 AM — banging and yelling, clearly trying to get KT to open up.

Tran ultimately agreed to speak with Chris — but only in a public place, so they agreed to meet at the famous Norm’s Diner.

Once they arrived, we’re told they began to argue and it escalated into a full-blown shouting match. Eventually, Karrueche left the restaurant and returned home — without Chris.