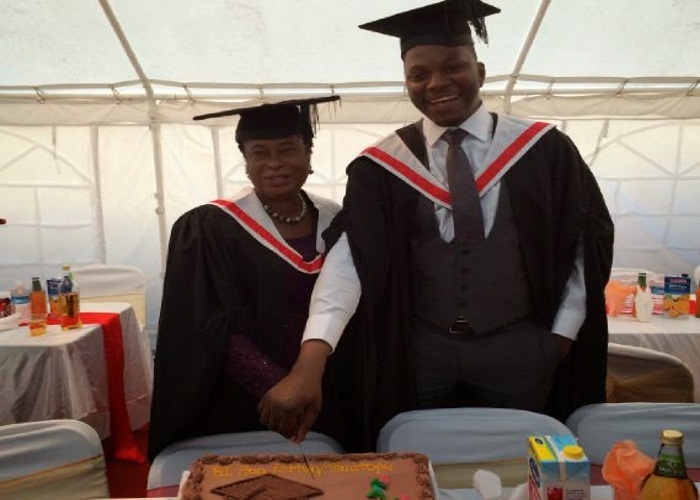 Nigeria’s first female Speaker of the House of Representatives,Rt Hon Patricia Etteh,  was one time accused of attempting to steal, tagged an ‘illiterate hair dresser,’ but today, she is a proud Law graduate from Buckingham University. Pictured above is she cutting a cake at her graduation party yesterday.

Mrs. Etteh was evicted from her leadership position in the House of Representatives amidst a blistering scandal in October, 2007. Barely four months after she was ‘unanimously’ voted into leadership of the House, her colleagues turned on her and demanded that she step down from her exalted position following accusations of corruption.

According to a report by the legislators, the speaker signed off on a contract that would see the spending of N628m for the renovation of her official home and that of her deputy as well as the purchase of 12 official vehicles. The legislators insisted that the award of the contract did not follow due process.

Mrs. Etteh’s removal continues to stir controversies today as some people say the former speaker’s removal was “driven by anti-gender sentiments”. She is aged 61. Biggest congrats to her. 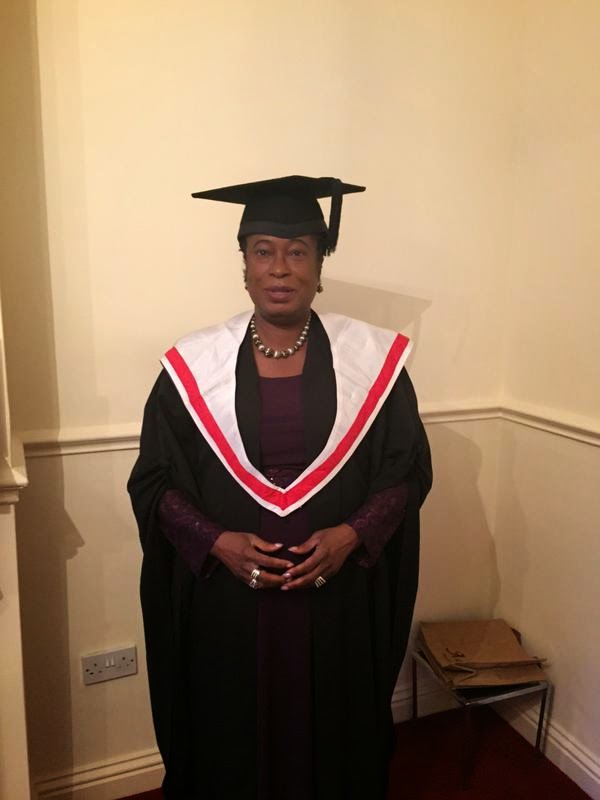