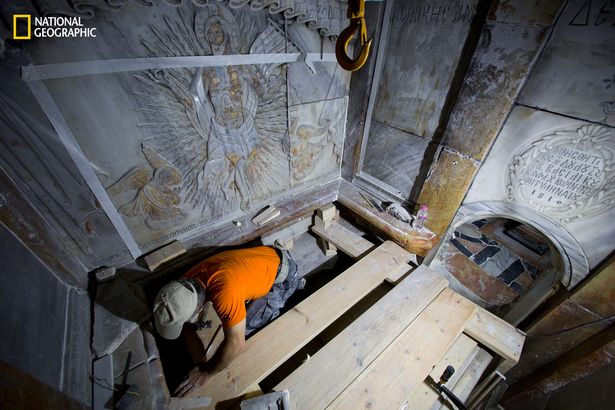 The shrine which contained the tomb where Jesus Christ ’s body lay for three days after his crucifixion has been opened.

The tomb has been sealed in marble since at least 1555 to protect it from pilgrims who kept stealing pieces as holy relics.But over the centuries the church had been destroyed and rebuilt so many times there were doubts about what it contained.

Now the tomb’s marble lid has been removed for the first time in five centuries – revealing a miraculous discovery. 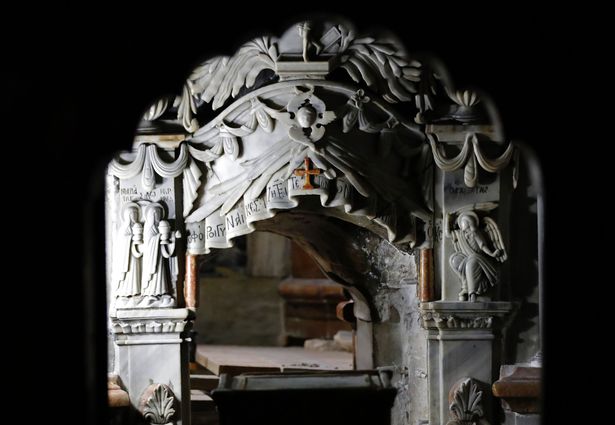 There, unseen for half a millennium, was the limestone shelf where Christ’s body is thought to have been placed.

The researchers also discovered a second grey marble slab no one knew existed, engraved with a cross they believe was carved in the 12th century by the Crusaders.

Archaeologist Fredrik Hiebert of National Geographic, which was a partner in the project, says:

“The most amazing thing for me was when we removed the first layer of dust and found a second piece of marble. 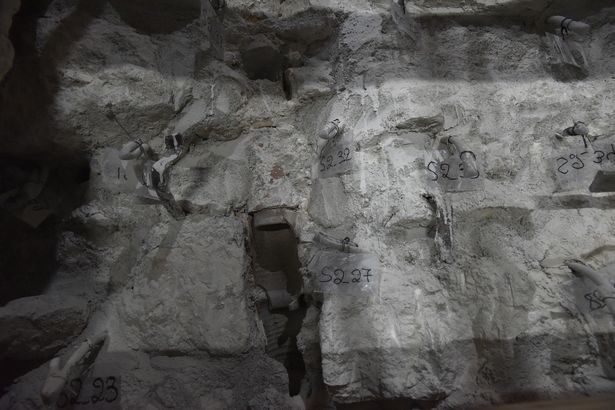 “This one was grey, not creamy white like the exterior, and right in the middle of it was a beautifully inscribed cross. We had no idea that was there.The shrine has been destroyed many times by fire, earthquakes, and invasions over the centuries. We didn’t really know if they had built it in exactly the same place every time.
“But this seems to be visible proof that the spot the pilgrims worship today really is the same tomb the Roman Emperor Constantine found in the 4th century and the Crusaders revered. It’s amazing.
“When we realised what we had found my knees were shaking a little bit.”

It was opened in the presence of leaders from the Greek and Armenian Orthodox churches and the Franciscan monks, who share responsibility for the church.
Fredrik adds:

“They let the patriarchs of the three churches go in first. They came out with big smiles on their face. Then the monks went in and they were all smiling.
“We were all getting really curious. Then we went in, looked into the tomb, and saw a lot of rubble. So it wasn’t empty, even though there were no artefacts or bones.”