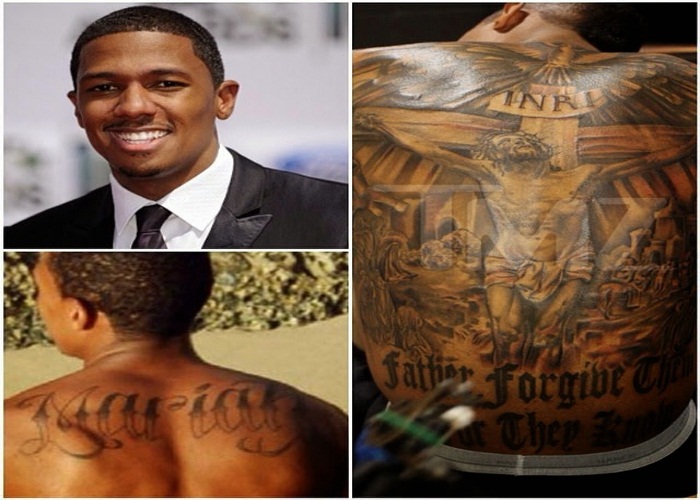 Oyinbo and their wahala!!!Shortly after their bitter separation, Nick Cannon erased his ex-wife Mariah Carey’s name from his back with a bird in flight above a cross tattoo. However, turns out Nick wasn’t satisfied at all.

Cos yesterday in Covina California, the media mogul hit up a tattoo parlor and invested 30 painful hours, according to TMZ, getting additional pictures added to his bird and cross cover up. The new tat features a cherub on each side of the cross (representing his kids). And a text below that reads, “Father, forgive them for they know not what they do.”

Cannon’s business partner, Pep Williams, chronicled the process in photographs, which will appear in Urban Ink magazine later this month. See more pics after the cut. 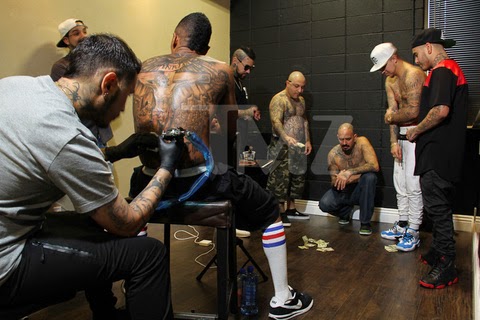 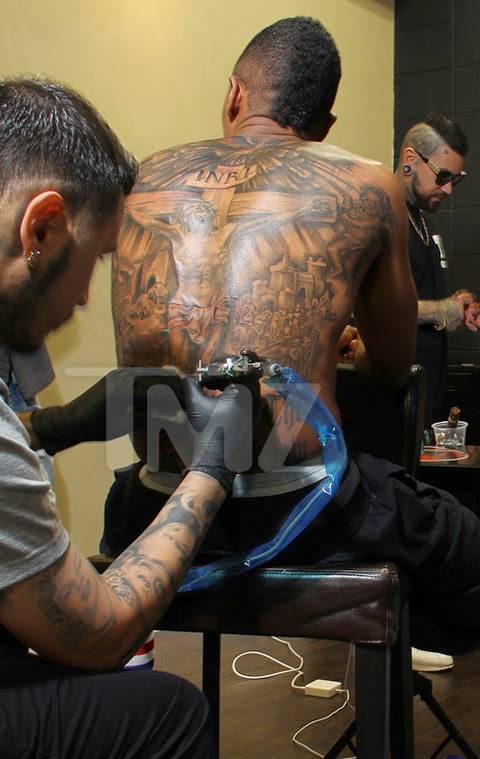 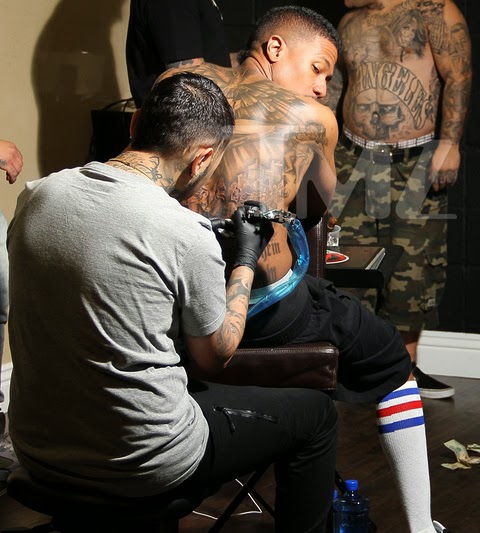 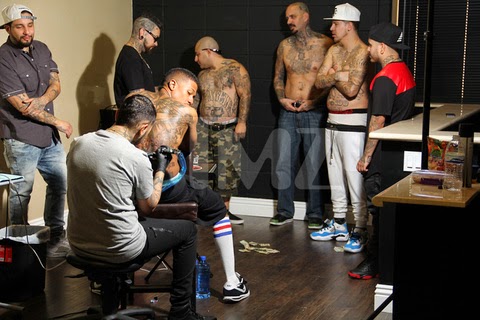 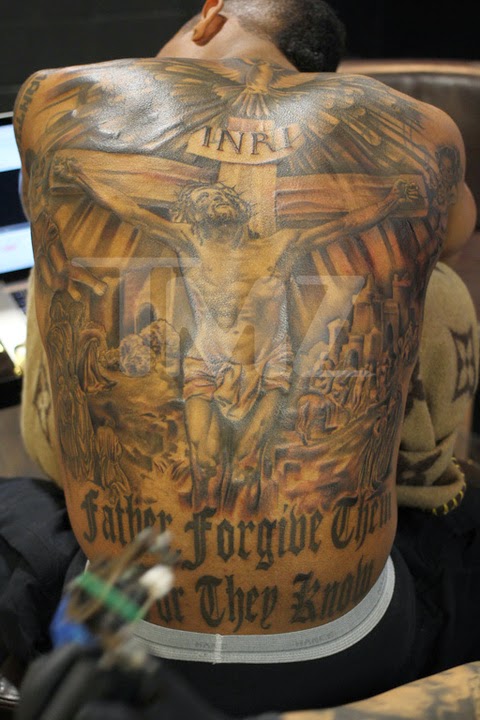 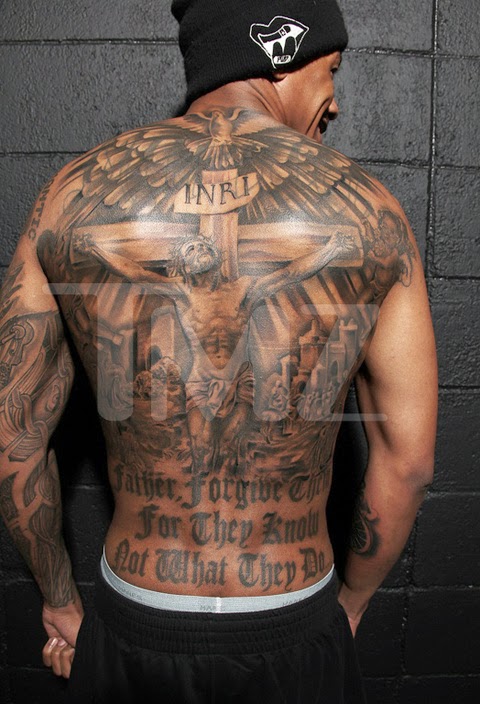