PHOTOS- Niger State Governor gets Sworn in by Mother in law 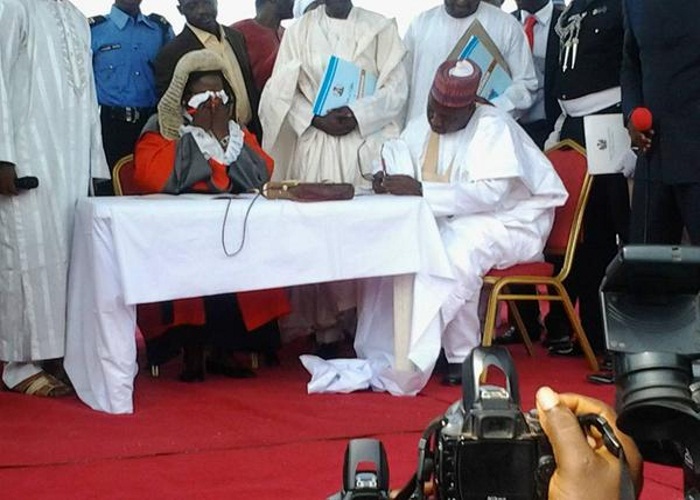 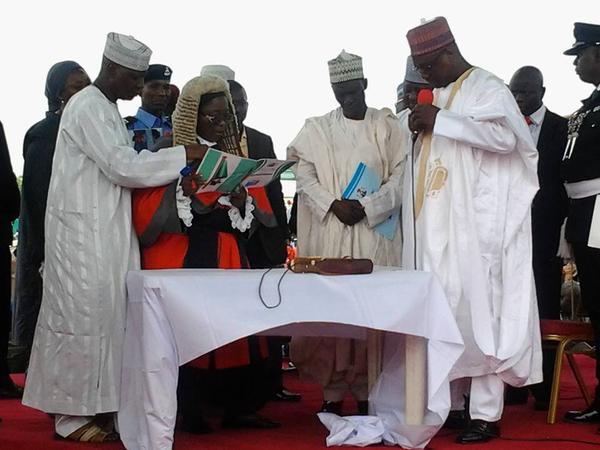 Meanwhile also at the inauguration, armed military men saved former Niger State Governor, Dr. Babangida Aliyu, from what would have been an embarrassing situation.

The military men released several gun shots and tear gas and ferried Aliyu out of Bako Kontagora Memorial Stadium venue of the inauguration when the crowd showed their displeasure with his appearance at the swearing in ceremony.

TheNation reports the ex-governor was booed and stoned by the angry crowd who called him several names.

Aliyu, whose convoy arrived the inauguration venue at about 10.15am, was booed on arrival by the crowd as he climbed the podium to take the salute of the military guard.

Sensing the tension, the organisers of the ceremony had to drop the ex-governor from making speech as earlier planned on the programme. The outgoing Secretary to the State government, Seidu Ndako Kpaki, spoke on behalf of the government.

At about 11am when the new governor was taking his oath of office and oath of allegiance, Aliyu who sat beside his estranged deputy, Hon. Ahmed Musa Ibeto, for the first time in the public since the latter dumped the Peoples Democratic Party, was pelted with slippers and a sachet water, forcing his security details to form human shields round him.