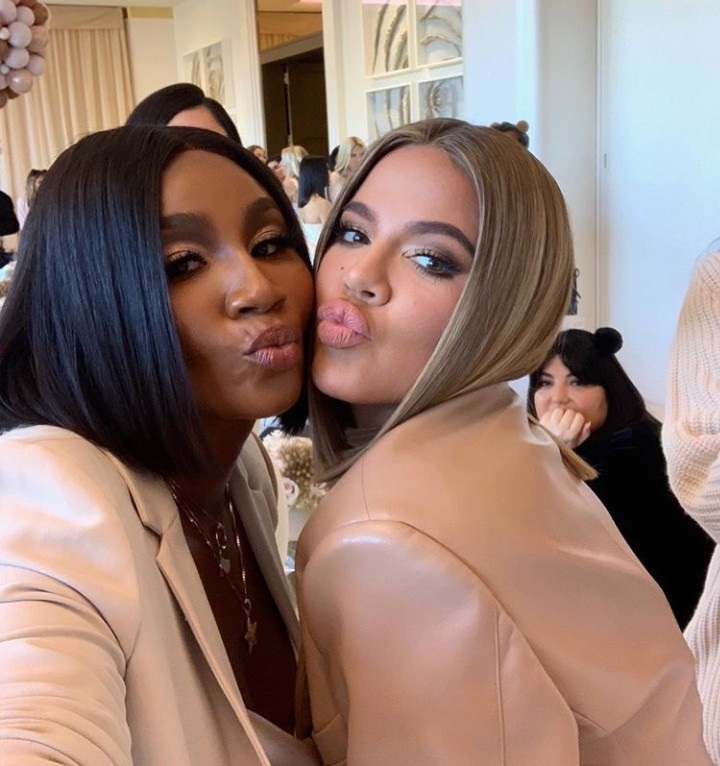 The baby shower held at Waldorf Astoria Beverly Hills and most of Malika’s best friends and family were present. Her twin Khadija was there. So was Khloe Kardashian, Kris Jenner, Kylie Jenner, and Kimora Lee Simmons.

Abisola, who is best friends with Khloe Kardashian’s best friend Malika Haqq, posed for photos with Khloe at the baby shower and shared them to Instagram, then tagged Khloe to the photos.