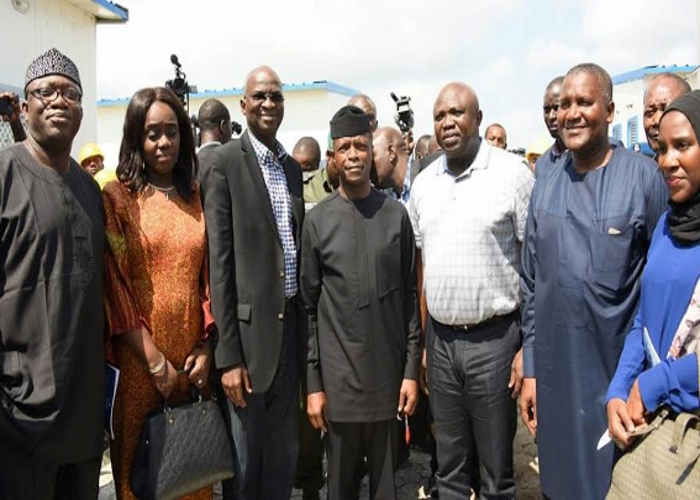 Vice President Yemi Osinbajo alongside Lagos state governor, Akinwunmi Ambode, and some Ministers took an inspection tour of the Dangote Lekki Refinery and Petrochemical projects yesterday June 25th. Osinbajo after the inspection, said the project is an incredible industrial undertaken, being the largest and the most ambitious in Africa.

Osinbajo who was accompanied on the inspection by the Ministers for Finance, Kemi Adeosun; Solid Minerals, Dr. Kayode Fayemi and Power, Works and Housing, Babatunde Fashola and Industry, Trade and Investment, Okechukwu Enelamah, said the Gas Project upon completion has the capacity to produce about three billion cubic feet of gas daily, which would permanently address the two billion cubic feet daily gas required to power the country.

“This is incredible if that can be done because it would be a major strategic asset for Nigeria, It would boost our power supply tremendously,” the Vice President said.

On his part, the Lagos state governor, Akinwunmi Ambode, said the project when completed would have great multiplier effects on the nation’s economy:

The governor said the projects would also be critical to the economic growth of the Lagos East and West Senatorial Districts which according to him, will be open to massive investment opportunities on completion.
Governor Ambode said the decision of the Vice President to lead the inspection visit to the projects was a signpost to the benefits inherent not just for the State but to the nation. He assured that his administration would provide the necessary support to ensure that the projects are completed within schedule.

Ambode added that apart from the 135,000 direct jobs that will be created from the projects, another 100,000 indirect jobs would be generated while income accruable to the Federal Government would be in the region of over $500million in three years.

“It is important that we understand the debt of what has happened here and also use it as a platform to encourage other investors that Lagos is on the rise and the future of Lagos is very bright,” the Governor said. 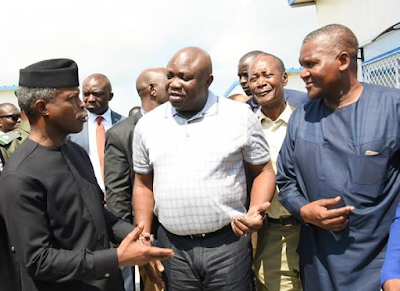 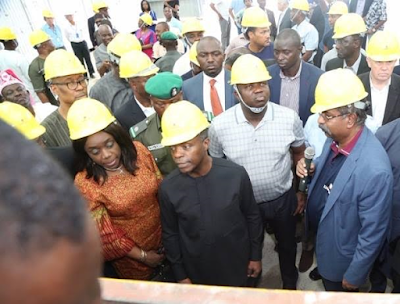