Please Help: My Husband Will not Stop Fighting me about my family. 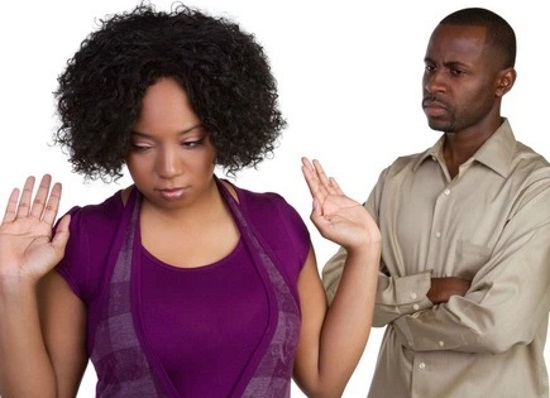 I don’t know If I want to vent out or If I need advise..

My husband and I have been married for 7 yrs and we have a daughter together, about 4 years ago my hubby had a little Issues with my mom, dad and my sister… While I was In the middle trying not to hurt either side. However in the end my biggest blunder was to support my parents as I went with my Intuition, which hurt my husband emotionally and made him detest my family..

A the time It seemed like It was the right thing for me to do.. later i came to realize that no matter what I ought to have taken my husbands side and really should have seen things from his perspective… till date he’s got this feeling that my dad and the rest of my family disrespected him and his family.

ALSO READ:Wife Trying To Ruin My Career Within A Few Months Of Arriving Abroad

He doesn’t just like the sight of my sister … the worst part Is my mother, dad and sister are under an Impression that my husband has forgotten about the past Issues, but that’s not the truth.. we still continue quarrelling about things that happened 4 years ago..

This makes me feel sick.. I stopped sharing with him things happening in my side of the family… he is aware that saying a word about my family would trigger the argument between us, but always does that again and again..

I pleaded with him to leave everything aside and not to ever talk about anything about my family, but I don’t understand why he keeps doing that.. He despises even the sound of my sister voice and everytime he get upset over anything my sister might have discussed with me even during a phone call (that he overheard), he would make some remarks and be expecting me remain calm without defending my sister..

Can anyone please tell me If I am doing the most terrible thing in the world by trying to defend my family before my husband.. I can say that my sister has some attitude Issues with my husband and they don’t go well together.. however in the end she Is still my sister and I love her.

ALSO READ:I Was Unhappy For Two Years Before I Found Love Outside My Marriage.

I think that’s where the bond comes.. he just doesn’t want to make an effort to understand that he expects me to take his side every time he says something to her.. I started agreeing to some things If I feel right but sometimes thing go beyond limit and I just hate It…

We got Into a massive argument last night for the same reason and he keeps blaming her for being the main reason for our argument.. I don’t understand where the problem Is.. If I say a word to his family he wouldn’t take It.. and how Is he expecting me to stay calm… If I ask the same question, he says his family Is a lot better than mine.. I just go crazy.

I seriously want to share this with somebody who can advise me on what to do.. my husband Is a fantastic man and a father, this Is our only problem in the marriage .. I was considering Involving my mother In law ( who Is very supportive) to understand what I am doing wrong.. Is It a good idea or would It make things worse?

And yes I have less control over my words when I am angry.. I am working on that but can say half of the time my words triggers him.

Comments to Please Help: My Husband Will not Stop Fighting me about my family.