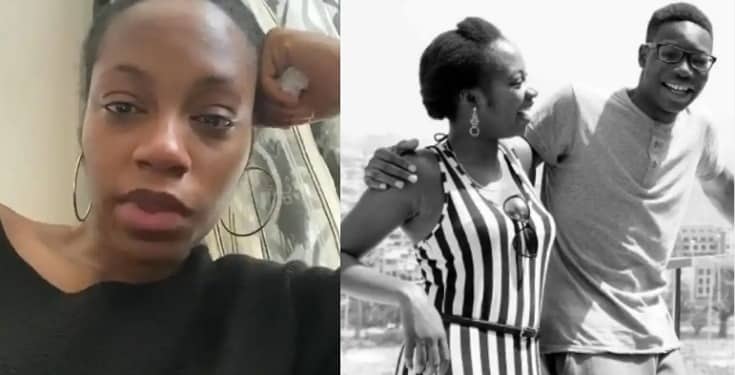 BBNaija’s Khafi has appealed to fans to pray for her family, following the death of her younger brother, Alexander Kareem, 20, who was shot dead in London.

Her brother Alexander was shot dead by unknown men in the front of a convenience store. Although his assailants are yet to be identified, their vehicle was found burnt, some kilometers away from Alexander’s body.

However, Khafi’s family are yet to release an official statement, and despite their grief, she still kept her #KhafiPrays YouTube series, during which she prayed for her fans and they, in turn, prayed for her and her family and sent all their condolences.

To a fan who urged her to never stop praying, she replied: “Prayer is one of the only thing that’s keeping me going right now,” and she thanked them for their best wishes.

“I’d prefer just to stay in silence. If you guys can just pray for my family, that’ll be amazing.”, she said in the video, before she was moved to tears.