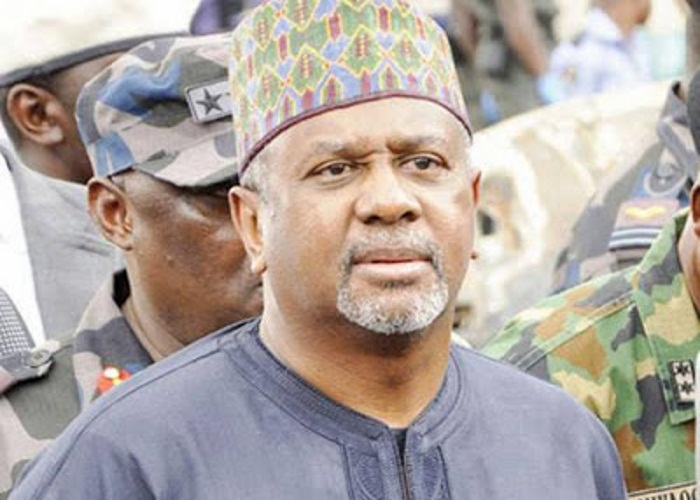 Wife of embattled former National Security Adviser, Mrs Sambo Dasuki has called on the Federal government to release her husband who according to her “served his nation”.

According to The Nation, Mrs Dasuki made the plea on Tuesday night after her husband was re-arrested after he was able to meet his N500 million bail condition. Mrs Dasuki who created a scene outside the DSS Headquarters said;

“Nigerians should help me beg the Federal Government, the DSS and other agencies to release my husband who did his best to serve this nation.

He is ill, he needs medical attention, he is not pretending. I implore the DSS not to allow him to die in custody. I saw my husband and I felt dejected.

He is not just well. Nigerians should assist him to get a reprieve. We(myself, the children and relations) are all destabilised.

We don’t know what is happening because three courts have granted him bail.

Why are they after him? Let those concerned respect the court by releasing my husband.

There is no way my husband will run away from the country under any guise.

They should please follow the rule of law and uphold his right to bail.”she said

In your Opinion,Do you think he should be released on Bail?