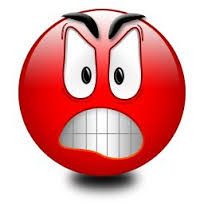 A 14-year-old girl Ijeoma Nwafor has allegedly been pushed down a four-storey during flogging by her Madam, a 29 year old identified as Nnenna Onwanna.

The incident Which happened in Awada, a highly populated neighbourhood in Onitsha, Anambra State has been confirmed by the state’s Police command, who also confirm that the woman has been arrested…

The state police command’s spokesperson, DSP Toochukwu Ikenga who confirmed the incident said the girl was pushed down by her guardian and tagged it a case of attempted murder.

Ikenga said: “The Anambra State Police Operatives at about 4pm on 2/7/2022 have arrested one Mrs Onwanna Nnenna (F) aged 29yrs old from Nando, Anambra East in a case of attempted murder that happened at Otu street, Awada, Onitsha.

“Preliminary information shows that the victim, one miss Ijeoma Nwafor (F), 14year old, a native of Achalla was pushed down from a four-storey building by the suspect when she was beating her. Other details reveal that the victim is a house help to the suspect.”

Ikenga said Mrs Nnenna is currently in Police custody and the victim is receiving treatment in a hospital, and that further development on the matter will be communicated.