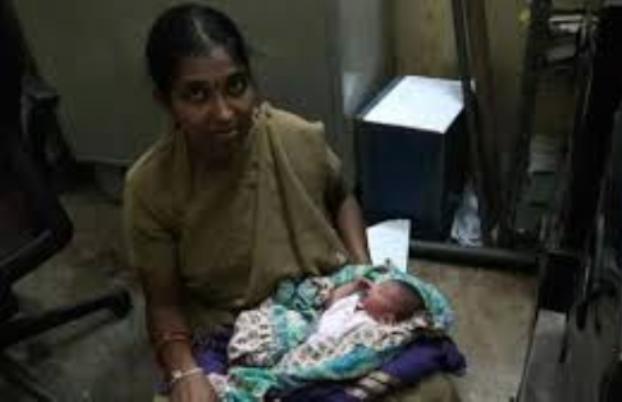 Police Constable Archana Shivanandiyya has been congratulated by Bangalore Police on Wednesday, for breastfeeding an abandoned baby.

The Police-woman told newsmen she was only acting out of “motherly instinct’’.

“We salute the mother in our lady Police Constable Archana, who rescued an abandoned newborn and breastfed the infant,’’ the Bangalore Police posted on Facebook, amid praise from many users on the site.

The baby boy was discovered wrapped inside a plastic bag near a construction site in the southern metropolis of Bangalore on June 1.

Shivanandiyya and her colleague Police Insp R. Nagesh found the baby covered in blood, with the umbilical cord wrapped around his neck.

The infant was taken to a nearby hospital, where doctors cleaned him and removed the umbilical cord and then brought to the police station.

“The baby was really weak and not moving much, making us all worried.

“I could not suppress my motherly instinct and took him immediately to an adjacent room to feed him,’’ Archana told newsmen.

The 31-year old had recently returned to work after three months of maternity leave.

“The milk was like an elixir that saved the baby.

“He started kicking about and crying loudly, which sent a wave of cheer and joy to all the staff at the police station.

“The newborn had been named `Kumaraswamy’ after the state’s Chief Minister, HD Kumaraswamy,’’ Nagesh said.